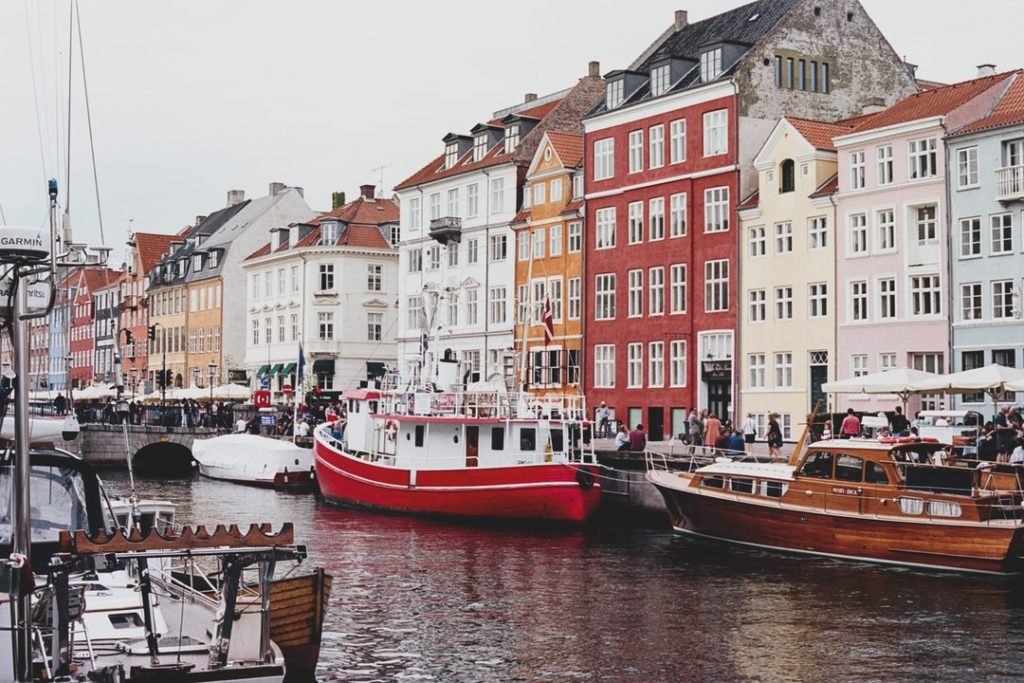 How much do you know about Copenhagen?

The capital city of Denmark might have flown under the tourist radar for a while–but not anymore. In fact, it’s experienced an 8.1% increase in visitors over the last decade.

Why are so many people flocking to this northern European locale? Whether you arrive by cruise, air, or land, this beautiful city has a lot to offer the discerning tourist.

Want to get better acquainted? Here’s our pick for 8 things to do in Copenhagen.

Most of the photos you’ve seen from Copenhagen were likely taken in the picturesque neighborhood of Nyhavn. It’s the prettiest cityscape in Denmark or (arguably) all of Scandinavia.

Along this waterfront canal, you’ll find brightly painted 17th-century houses with historic sailboats docked outside. This was also the childhood home of the writer Hans Christen Andersen, who wrote many of the fairy tales we still love today.

Your best bet when visiting Copenhagen is to book a hotel within walking distance of Nyhavn, like Hotel Osterport. That way you can explore the best attractions without the need for a rental car.

If you’ve ever wanted to experience an amusement park overseas, Tivoli Gardens is an excellent choice.

Dating back to 1843, this idyllic park is somewhere between Disney’s Magic Kingdom and a Six Flags roller coaster park. Heart-stopping rides await daredevils, while those who prefer to stay on the ground can enjoy live performances and restaurants.

Not convinced it’s worth a visit? What if we threw in some Japanese gardens, an aquarium brimming with sea life, and nightly fireworks shows?

Trust us–there’s something fun here for every member of the family.

3. Pay Homage to the Little Mermaid

Can you name the Danish statue that stars in over 5 million photographs each year?

If you guessed the Little Mermaid, you’re right! Based off Han Christen Andersen’s famous story, the pretty heroine’s bronze statue was commissioned in 1913. Over the years, she’s survived multiple terrorist attacks and has even traveled the world in special exhibitions.

To see her in her original seaside glory, head towards Langelinie Park. You’ll see her there waiting for her beloved prince to return.

To get a taste of daily life for the Danish Royal Family, schedule a tour of Christiansborg Palace.

Located on the appropriately named Castle Island (Slotsholmen), the palace serves as the seat of Danish government for the Queen, the Prime Minister, and the House of Parliament.

Dating back to 1733, you’ll marvel at the Palace’s opulent grounds and elaborate tapestries showcasing over 1,100 years of Danish history.

5. Relive the Renaissance at Kronborg Castle

This famous Shakespearean quote was uttered by (fictitious) King Hamlet within the walls of mighty Kronborg Castle. Hamlet may not have been real, but the setting certainly was, and you can’t visit Copenhagen without seeing it for yourself.

Built by King Eric VII way back in the 1420s, Kronborg Castle contains nearly 600 years of Scandinavian history. Its strategical placement at the entrance to the Baltic Sea gave Denmark control of the area for centuries.

You’ll love touring the Renaissance and Baroque interiors of the castle’s many rooms. If you visit during the summer, you can also enjoy a live open-air performance of the castle’s most famous inhabitant, Hamlet.

In a city full of waterways, what better way to explore than by boat? There are numerous companies offering tours of Copenhagen’s canals, each offering its own beauty and charm.

Danish tradition states that King Christian IV wanted to model his city after Amsterdam and its famous canals. The layout served a very practical purpose too–protecting the fleet of the Royal Danish Navy.

Whatever the original reason for their design, the interlaced waterways provide the perfect backdrop for a lazy afternoon of sightseeing.

7. Eat Your Way Through Local Cuisine

Nordic food may not be the first to spring to mind when you think of the world’s great cuisines. But a culinary tour through Copenhagen is sure to change your perspective.

For starters, the city is home to Noma, the winner of Restaurant of the Year an impressive four times. Its award-winning menu cycles between whatever is freshest that season–vegetables, seafood, or wild game.

Don’t want to spend $350 a plate on gourmet dinner? That’s okay too. Delight your taste buds with local comfort foods like meatballs, crispy pork and potatoes, and buttery pastries we call “danishes.”

If you love beer, don’t miss a tour of the Carlsbad Brewery–the world’s fifth-largest brewing company. It’s so large, in fact, that’s it’s funded the complete restoration of many of Copenhagen’s museums and castles.

8. Climb the Round Tower

Would you like to visit the oldest functioning observatory in Europe?

When you’re in Copenhagen, you can do just that. The Round Tower (Rundetaarn) dates back to the 17th century and offers spectacular views of Copenhagen and neighboring Sweden.

To get to the top, you’ll circle around the long spiral ramp that winds around the tower’s hollow interior. Once at the top, you can check out the observatory and bell loft, complete with the original clock from 1731.

Things to Do in Copenhagen: Now You Know

So, which of these things to do in Copenhagen jumped out at you?

Whether it’s visiting the Little Mermaid, touring a royal palace, or discovering the local cuisine, you’re sure to find something you’ll love in Denmark’s capital city.

Now that you’ve got your itinerary planned, the next step is to book your tickets over there. Check out our recent post on the best times to purchase cheap airline tickets.