Sweating sucks! However, as our body basically needs it so we have to deal with it. But if you are sweating way more than usual, you need to know why that is. Let’s know the reasons of excessive sweating. 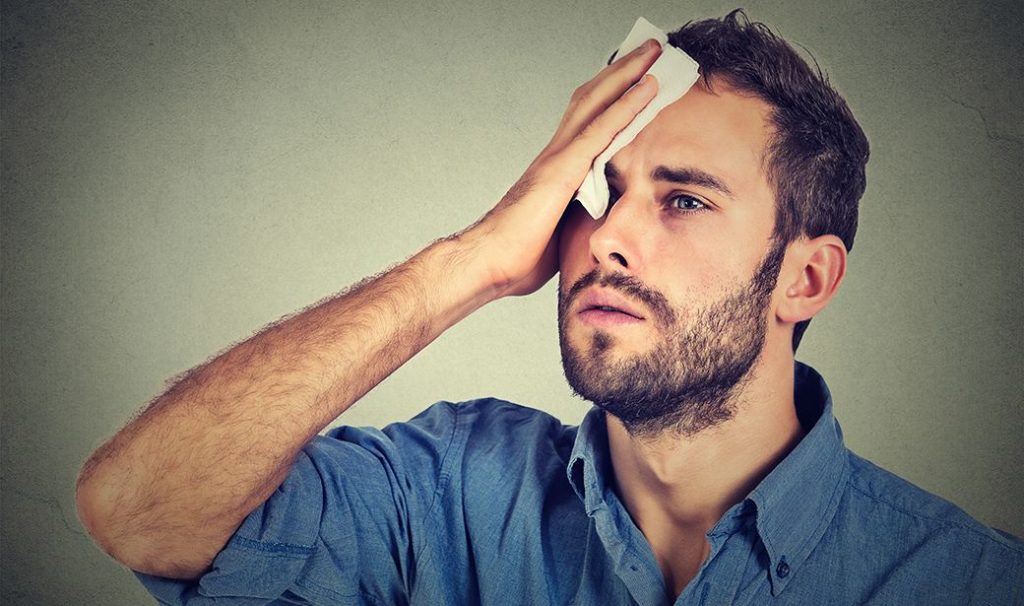 The first and most common cause of excessive sweating is Hyperhidrosis, a medical condition linked to unpredictable sweating. A person usually sweats when the body needs to cool down for whatever reason. But for a person with Hyperhidrosis, the sweating can begin at any time for no apparent reason. In such conditions, a person sweats at least 4 times more compared to normal person.

Hyperhidrosis interferes with a person’s quality of life, effecting them psychologically, socially and even emotionally. The Hyperhidrosis becomes active in a human body during the teenage years and can be detected early on. Its most common type is called Axillary Hyperhidrosis which is the condition of excessive underarm sweating.

Another widespread reason behind excessive sweating is having a higher than usual number of sweat glands in the body.

On an average, a human body consists of 2 million sudoriferous or sweat glands. While this number of glands might seem high but when compared to someone with excessive sweating problems, the number isn’t even half. Yes, you read that right, ‘it isn’t even half.’ Because a person suffering from excessive sweating may have anywhere near to 5 million sweat glands on their body. Talk about winning the wrong lottery :).

Ever heard the saying “you are what you eat.” Well, it cannot be more true when it comes to your food making you sweat. For example, spices like chili peppers contain a compound called capsaicin. It leads the human body into believing that the outside temperature is getting hotter. This kicks the sweat glands into action and the body starts to sweat.

But spices aren’t the only magic food that make the human body sweat. Consumption of processed food, beer or other alcoholic drinks, and edibles containing high amounts of sodium are also a huge cause of sweating in the human body.

Hot weather is a sweat causing phenomenon that needs no explaining. As I explained earlier in the post, the reason behind natural sweating is to cool down the body. And the most our body needs to cool down is, when it is under the blazing summer sun.

If you are sweating profusely during summers but don’t have this problem during other seasons, it is not hyperhidrosis, it is just the weather.

The weather is fine, you know that you are not sick and you follow a healthy lifestyle; yet you are still sweating, and don’t mind the term, ‘like a pig.’ The only reasons behind that are; you either have anxiety or are stressed about something.

If you sweat a lot during such situations, it is just your body’s survival instinct kicking in. Everyone has experienced profuse sweating in nervousness. The good thing is that it can be controlled with some strong antiperspirants and isn’t something to worry about.

If you sweat more than others, moving house, clearing junk and disposing it of would be a big deal. You can make this easier if you use a junk removal service. In that case, you just need to point to the stuff you want removed. Convenient, right?