The Land of Smiles has, for generations, been looked upon as a wonderful mix of culture and demographics which has helped make it Southeast Asia’s most popular visitor destination. From the North to the South, the differences are stark, fascinating and never cease to leave the exploring visitor in awe of the kingdom’s intriguing diversity. But, North or South, which is better? A question as old as time itself.

Figures from the Thailand Tourist Authority show a shift in visitor numbers to the South of the country in recent years. This can be perhaps due to a wider awareness of what the South has to offer. In our digital world, travelers do far more research than previously, opening their eyes to lesser known destinations. Combine this with improvements to transport links and infrastructure and we can begin to understand why the South of the country is gaining in popularity. 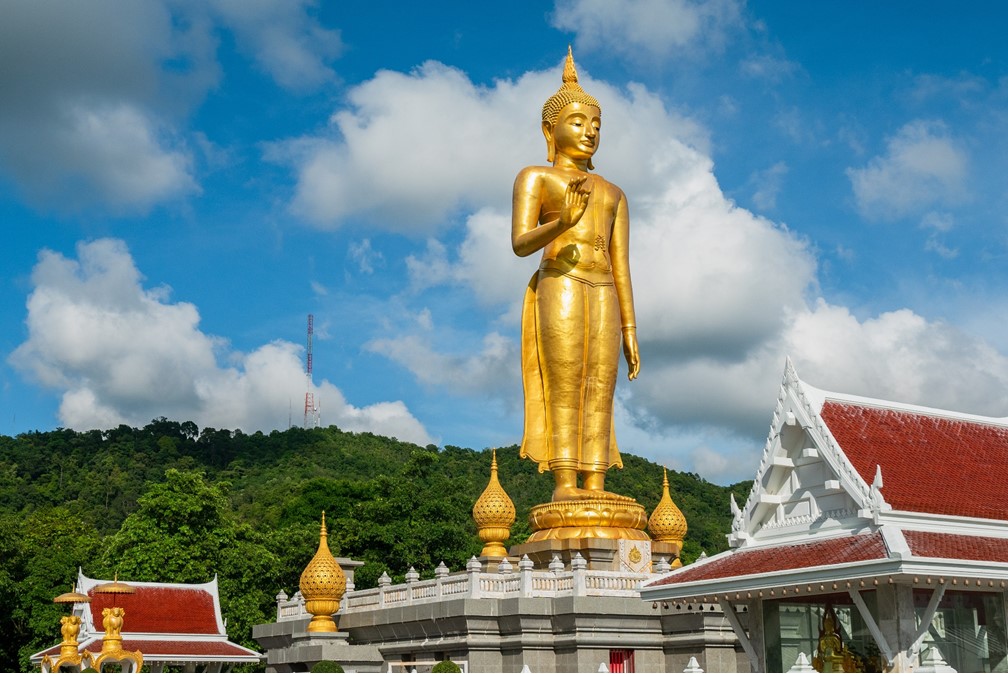 The city of Hat Yai, in Songkhla province, has become one of the Southern destinations that is now seeing greater numbers of visitors than ever before. Hat Yai lies near the Malaysian border, where Thailand’s Southeastern isthmus narrows, and is sandwiched between the Andaman Sea to the West and The Gulf of Thailand to the East, both of which bathe the palm fringed beaches along it Eastern and Western seaboards.

More and more travelers are understandably seeing Hat Yai as the perfect hub from which to base themselves as they explore the region and immerse themselves in the uniqueness that is only to be found in this region of the country. So what makes Hat Yai such a paradox to its Northern counterparts and so fascinatingly perfect for the explorative explorer? The answer is quite simple; its geography!

Hat Yai, the Paradox of Human and Natural Phenomena of the North

The Southern province of Songkhla receives more rainfall than its Northern counterparts. This in turn lead to a greater divergence of flora and fauna. The city of Hat Yai is surrounded by lush greenery, perhaps unequalled anywhere else in the country, this gives rise to crops and plantations that would be unsustainable in the North. This is reflected in the very flavour of the region, its sights, sound, smells and of course its culinary offerings.

Hat Yai is the perfect place to enjoy the South’s unique cuisine at its best. The locally grown and natural food resources give rise to some of the most exquisite and flavoursome dishes to be experienced anywhere in Southeast Asia. For example, khao yam is immensely popular, a salad of rice, herbs, vegetables and fish, all tossed in the Southern style fish sauce known as “Budu”

The Southern food style is very much curry based, and therefore tends to be spicier than in other areas of the country. Dry curries or curries with rich, creamy sauces are heavily flavoured with chili and turmeric. And then there is the sataw. If you are familiar with the aroma of durian fruit, well you might just meet its equal in the sataw bean. The Sataw is crunchy and delicious and is often added to curry dishes, gaeng sataw is a ‘must try’ eating experience.

Not only is food in Hat Yai influenced by its geography, so is the wildlife. You can trek through Hat Yai’s surrounding forests and mangroves spotting the incredible, and colourful moths and butterflies and perhaps the shy and reclusive agile gibbon. Or, you could visit the Ton Nga-Chang Wildlife Sanctuary to see them and much more.

Also, take a glance upwards to the sky. Thailand’s Southwestern Kra Isthmus is a little over 40 kilometers wide at its narrowest point. This may not seem significant, but it does mean that the birdlife above your head is a melting pot of land and sea dwelling birds. Parrott species of all colours and sizes share the air currents with sea birds and raptors. Amateur or keen twitchers will find the ornithological spectacle fascinating.

Of course no Thai city would be complete without some form of offering to those seeking some retail therapy, and Hat Yai is no different. The is a degree of neon lit shopping in the modern malls, but more enjoyable are the flea markets and night bazaar, just about everything can be bought, but be prepared to haggle hard to bag a bargain, after all it is part of the fun.

Hat Yai is not short of accommodation, being something of a frontier town, many visitors are transient, crossing the Malay border and stopping over on their way to other areas in the country. This has created a wide spectrum of hotels and hostels that suit every budget. For the budget traveler the hostels tend to be clean and well maintained, and you can be sure of a warm friendly welcome. At the other end of the spectrum, there are plenty of high end hotels, with of course high end pricing.

Someone once wrote “Breathe in and take the South into your sole”, that could have been written about Hat Yai. As the hub of the Southern border region, from which to explore, Hat Yai certainly has a charm all of its own. After visiting Hat Yai, you may leave, but, you may also feel that Hat Yai never quite leaves you.