If you’ve been reading some of the latest news coming out of the USA, you could be forgiven for thinking that the Land of the Free simply wasn’t open to LGBTQ+ people, but it’s important to remember that most Americans are supportive of queer rights, oppose discrimination, and will welcome you with open arms. 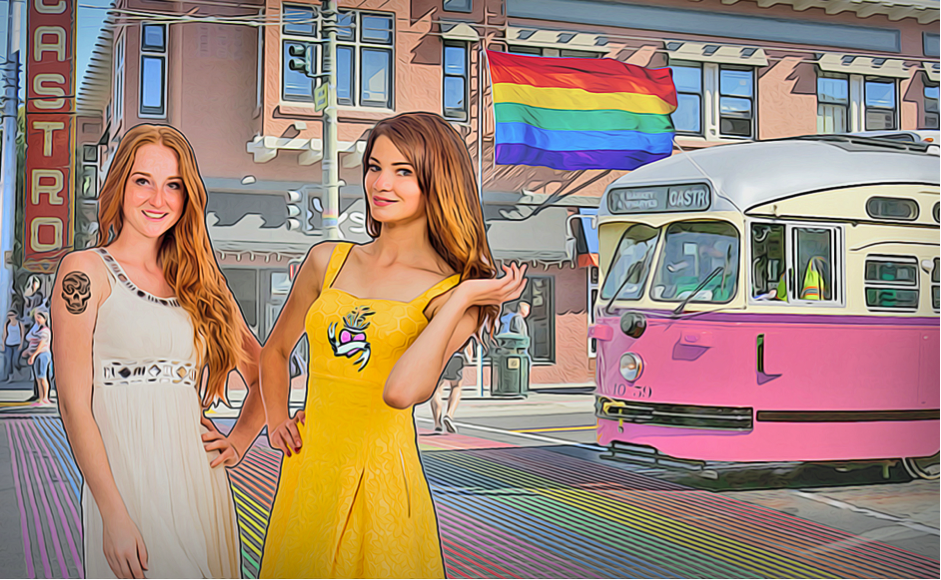 With that in mind, I wanted to run down some of the best destinations for LGBTQ+ people to visit in the USA, where you can let your Pride flag fly.

This is probably the gay capital of America, with the large Castro District being the most inclusive part of the city.

It’s home to plenty of gay bars, including fetish ones, as well as a whole host of attractions celebrating and commemorating queer history, including the GLBT History Museum and the Rainbow Honour Walk (like the Walk of Fame, but for LGBTQ+ people).

As with all big cities, New York is a haven for the LGBTQ+ community. In fact, it was here that the modern gay rights movement was kicked into full swing by the Stonewall Riots of 1969.

The best gaybourhoods are the East Village and Brooklyn.There are many gay/lesbian bars and clubs to enjoy, as well as various LGBTQ+ activities that are hosted throughout the year around the city.

The Windy City has two LGBTQ+ districts of note; the aptly-named Boystown, which offers a mixture of good shopping and nightclubs, and Anderson (or Girlstown), which caters to queer women with bookstores and special events.

This city may be best known as a popular destination for Spring Breakers, but its Wilton Manors district, home to the Stonewall National Museum & Archives and World AIDS Museum, is a hub for LGBTQ+ history.

The Big Easy isn’t known for its strict conformity, so you probably won’t be shocked to learn that the city is open to LGBTQ+ travellers.

Bywater and Marigny are the most famous gaybourhoods, where you can find clubs andattractions that cater to queer people. Here are just some of the LGBTQ+ events on offer:

This is probably the most famous gay destination in the state, with many cultural events taking place throughout the summer, including the LGBTQ+-centric film festival, the Tennessee Williams Theater Festival, and Women’s Week.

Plus, Massachusetts was the first state to legalise equal marriage in 2005!

The LGBTQ+ area in Philly is right in the centre of the city, which makes sense when you find out that it’s the site of the first annual LGBTQ+ civilrights protests in the US. Some of the surrounding streets are even named for those fearless queer leaders from the 1960s.

The City of Brotherly Love actually boasts more significant places of LGBTQ+ history than anywhere else in the country, including the AIDS Library and Rittenhouse Square.

As with travelling anywhere, LGBTQ+ people can make their trips safer and smoother by doing some planning in advance. This could mean things like making sure your passport and USA visa(this guide on Application-ESTA can help)is in order before you go or reaching out to the local LGBTQ+ community to ask their advice on where to go and where to stay away from.

Well, that’s it from me on the best locations for LGBTQ+people in the US. Now all that’s left for you to do is to book a flight and have a great time!