Over the years I have traveled with a number of my friends and I have alway found that you see people’s true colors when you spend such a long time with them. I have actually changed my relationships with some friends because of how things went down when we traveled, not good. My friend Tatiana Regan however was the complete opposite, prior to traveling we were quite close, but after 3 months in Europe we became the very best of friends. Tatiana was the perfect traveling companion for me and these are just some of the reasons why. 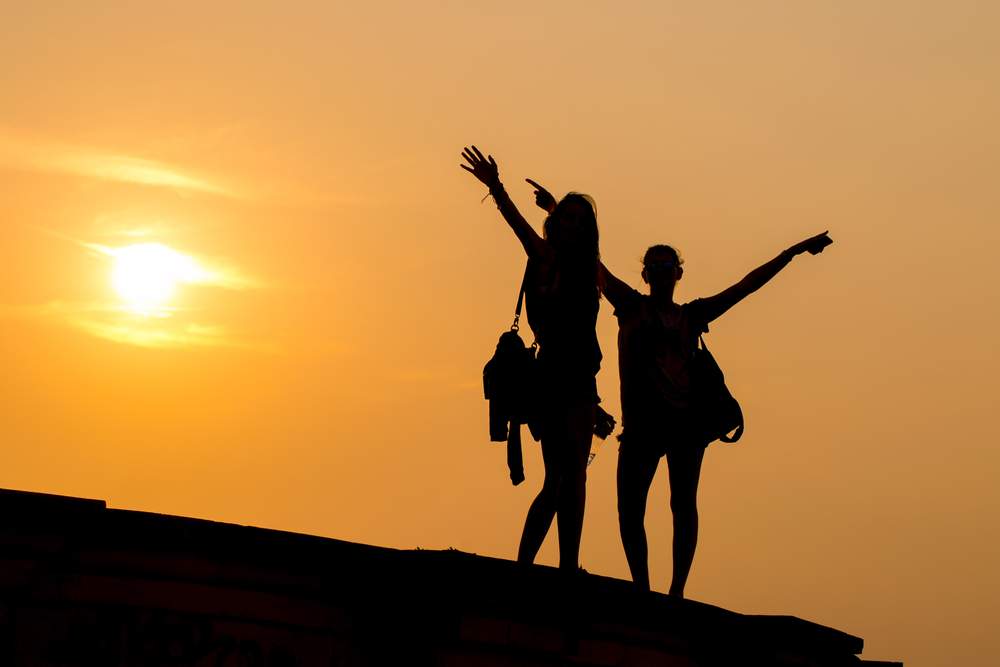 There is an element of sacrifice which you must do when traveling with someone else, perhaps eating at a restaurant when you aren’t hungry, paying some money to see an attraction which you aren’t interested in or maybe even going out with some people who you aren’t sure about. The key to this kind of sacrifice is that you then don’t hold it over one another, but both parties are aware of the sacrifice and will seek to repay it later on in the trip. Tatiana was perfect at this and she never complained at all, she also appreciated it when I did something that I didn’t want to.

There will be strong conversations, arguments and discussions during your time on the road and the important thing is just to move past them when they are done. On most occasions Tatiana and I would have a little argument when we were tired and cranky and the next day it was always forgotten and even joked about. You can’t go traveling with all of these bad feelings inside you otherwise you will just end up fighting all of the time, much like I did with some of my other friends.

When you are traveling you have enough things to sort out, plan and prepare for on your own, without needing to help out your friend every step of the way. Tatiana thankfully is very independent and she can look after herself, some people aren’t made the same way. I have traveled with people who can’t pack their stuff, need help booking hotels and travel and who look to you to help them through every aspect of the experience. There is nothing wrong with helping out of course but don’t go traveling with someone who needs to rely on you.

There will be some difficult and dark days when you travel which is why it is vital that you have a travel companion like Tatiana Regan, who can make you laugh. I find Tatiana hilarious and I have no question that getting through those darker days is thanks to our sense of humor and our ability to make each other laugh.

If you are planning to go traveling, do it with someone who you can depend on as a great travel companion.