There are hundreds of movies that have been set in the largest city on the Pacific Northwest, contributing to just one of the reasons why people love to tour this city. But whether you’re wanting to recreate a scene from Sleepless in Seattle (or Fifty Shades) or prefer to turn it up to 11 (see this) and explore the underground music scene, you’re going to want to make the most of your time in this most unique of cities. 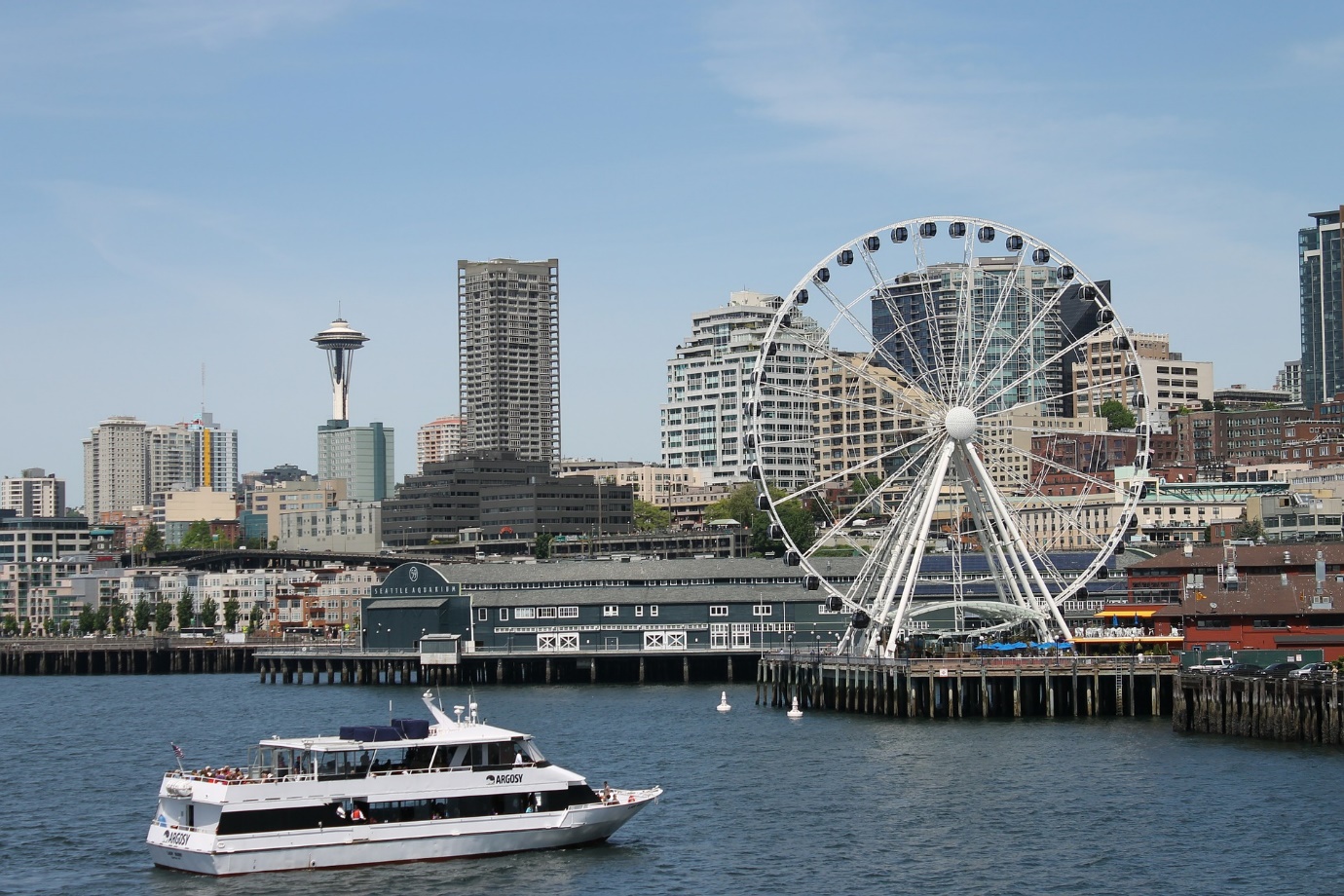 Is It Time To See The Emerald City?

Although a seaport city, situated on an inlet of the Pacific Ocean, Seattle is a stunning city, with nearby Cascade Range, Olympic mountains, Lake Sammamish and Lake Washington all contributing to the well-deserved reputation as a city for something for everyone with a love for the outdoors.

However, don’t think that outdoors life is the only reason to visit the area. To get the most out of your visit of this incredible example of American history, including over 4,000 years of habitation by native tribes, a tour is a must.

There are so many “must see” areas, and a variety of tours that will help you see them all, including the popular duck tour Seattle which uses a WWII amphibious landing craft to take you to the prime land and water spots. There are also kayak tours, cruises and sailboat rides which can take you on a tour of the waterways and whale watching if you’re in the right season.

Some of the Seattle Sights You Must See

‘Must see’ is such a cliché, and often they are underwhelming and overpriced. However, to get the most out of prime tourist destinations without falling prey to overpriced tourist traps, to enjoy a more authentic experience, include a guide who is able to share with you the hidden aspects of the story behind each venue.

Yes, it is a giant Ferris wheel. One that is 175 feet (53.3 m) tall, built over the water and has 42 glass sided cabins that give you amazing views of Seattle. It operates daily, is wheelchair accessible, fine for pregnant women and children, and has a VIP glass floor VIP gondola if you’re feeling the need for the full wheel experience. It was built in 2012 and is the interesting vision of a passionate Seattle businessman.

The Puget Sound is home to some pretty amazing creatures, and while the Seattle Aquarium isn’t the cheapest of tourist attractions as a separate ticket purchase, the non-profit organization that runs it, the appropriately named Seattle Aquarium Society, does a great job at sharing marine life. Learn about Orca (found in the Puget sound), watch Octopus, witness sea lion feeding, and of course there’s a range of other fish and birdlife. 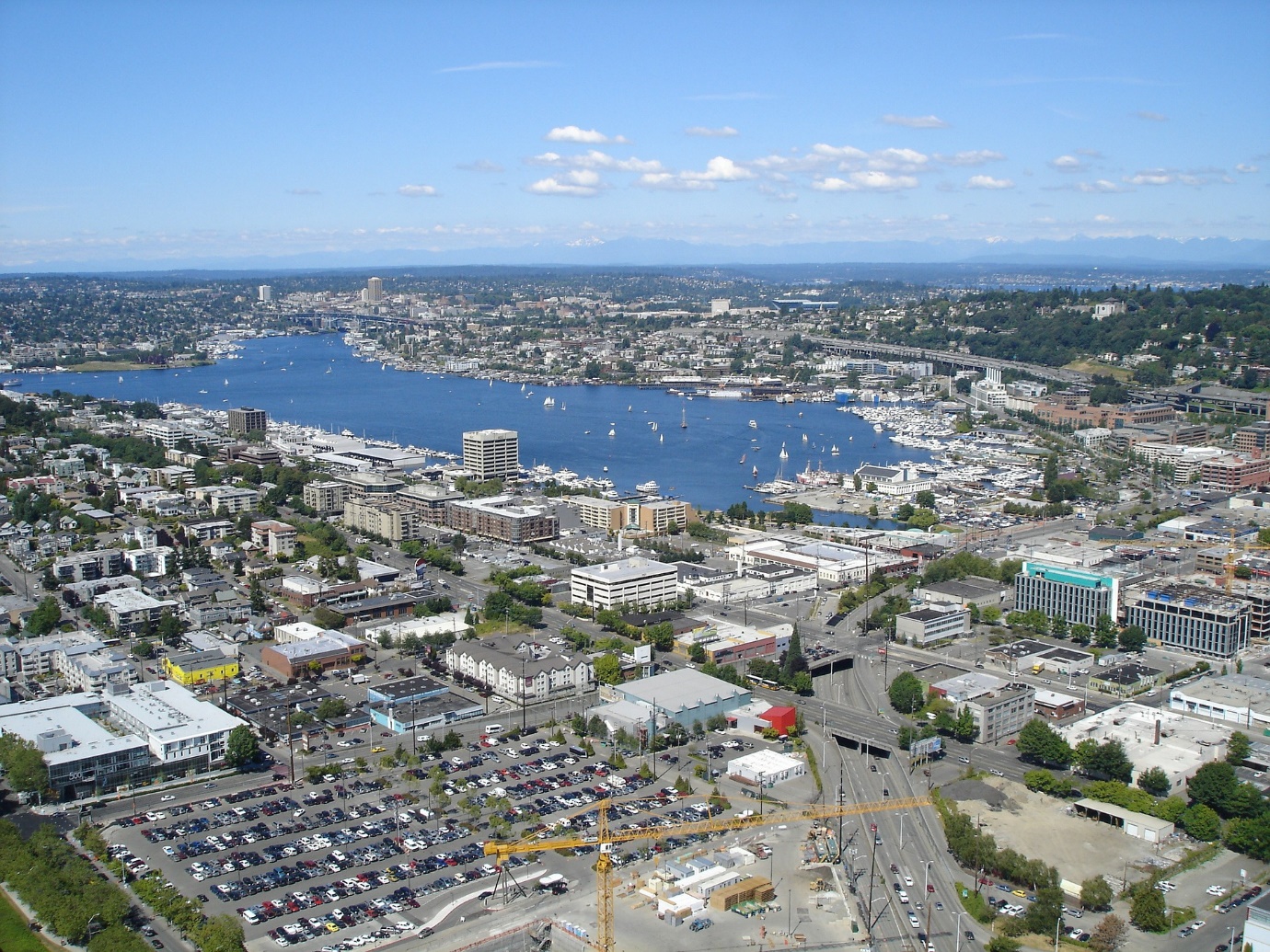 A 9-acre park full of outdoor sculptures and beach… which is completely free to wander through is an amazing spectacle. It’s been going since 2007 and has a great mix of permanent sculptures and short-term loan exhibits. The location next to the saltwater of the Puget Sound, combined with the greenbelt zone, can make caring for the predominantly metal and wood sculptures a challenge.

Having received numerous awards, and although like many art galleries it has a don’t touch and limited photography policy, it is visited by hundreds of thousands of visitors each year. Because of the share size, be prepared to spend some time meandering through the park or enjoy a tour.

Of all the films that have been situated in Seattle, the floating home of character Sam Baldwin may well be one of the most iconic. Selling for over $2million in 2014, this spectacular home is a great example of the Seattle house boats (see here). Best seen as part of a boat tour, although located on Westlake Avenue North the view is better if seen from the water rather than trying to grab a glimpse from the dock.

View Of The Seattle Skyline

The skyline in this city is simply astounding, with its mix of houseboats and high-rise buildings all nestled against a backdrop of snow-capped mountains or beautiful blue water. Ask your tour guide where the best spots to capture a great shot of the view are, as there will be different areas and angles depending on the time of year and time of day. However, you won’t go too far wrong with at least adding the Space Needing and the Great Wheel to your itinerary.

Since 1962 the iconic Seattle Space Needle has been not only one of the most photographed landmarks in the world but has been one of the most recognizable landmarks in countless popular films. Possibly not the best place to visit if you have a terrible fear of heights, particularly since recent restoration of The Loupe with its rotating glass floor.

The Museum of Pop Culture is just a short stroll from the Space Needle, and since opening in 2000 has seen some amazing exhibits that fulling embrace all the contemporary popular culture can offer.

Located in the Market Historic District with its focus on local artesian producers rather than cheap imports, the historic Pike Place Market as been in operation since 1907. In addition to an incredibly diverse range of goods and services on offer, there is also a wide variety of entertainment, with buskers set up in specific areas.

Why yes, you could say that it is just an old bus stop – but that would not even begin to describe the iron and glass structure that was built as a place for travellers to wait for their ride via the Yesler and James Street Cable Car Company. It has a fascinating history, including standing strong against many accidents before a major incident in 2001 saw craftspeople start the near impossible task to restoring it completely. https://sdotblog.seattle.gov/2016/01/15/15th-anniversary-of-pioneer-square-pergola-restoration/

This is obviously just the barest tip of the iceberg, and while there will certainly be something things that you will want to spend an entire day exploring, if you first get your bearings by enjoying a guided tour of the city you will have developed an well educated insight into what you want to see.