When you think about the country of Turkey, the first thing that comes to mind might be Turkish coffee, or Turkish delight. While these certainly are wonderful, Turkey is also home to one of the most fascinating cities in the world: Istanbul.

Istanbul is an ancient city that spans two continents and connects distant lands via seas on either side. It is home to some of the world’s greatest historic landmarks including Topkapi Palace, Galata Tower, Hagia Sophia and the Blue Mosque. 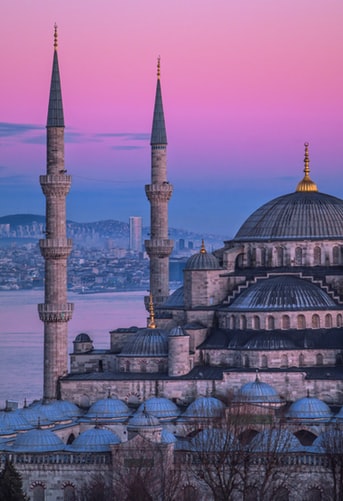 You’ll find something new to discover every day you spend in this busy destination where east meets west, and you’ll be delighted by everything from the culture, food, architecture and evident history.

If it’s your first time travelling to Istanbul, here are some tips for finding the best of the food, culture and even some natural landmarks, so the only thing you’ll need to do is buy your tickets and book Istanbul hotels for your stay.

No trip to Istanbul would be complete without a visit to the Hagia Sophia. This great church features 56-metre-tall minarets, visible from miles away. It was completed in 537, after which it was a Christian church until Mehmed II established it as his imperial mosque in 1453. Iconic imagery was then plastered over by Arabic calligraphy, in a way that is so telling of Istanbul’s history. Now the Hagia Sophia is a museum, but unlike any you’ve ever visited before.

This is the most historical mosque in Istanbul, and its name comes from the opulent blue tiles that make up its exterior façade. It was built in the early 17th century, and is still used as a mosque today. When visiting the Blue Mosque, you should make sure to follow all cultural norms, and only try to visit when it’s open to non-Muslims. You will be expected to remove your shoes at the entrance, wear long pants and make sure your shoulders are covered, and women should make sure to cover their heads.

To truly immerse yourself in historic traditions of Istanbul, make sure to experience a whirling dervish, ideally performed at the Galata Mevlevi House. Whirling Dervishes are practiced by the mystic branch of Sufism, founded in 1273, by an Anatolian mystic and a Muslim saint. The House was built in 1491, and functioned as an authentic Dervish tekke until 1925. In 1975, it opened to the public as a museum and is now one of the only places where you can watch Dervishes in Istanbul.

Turkish food alone is a reason to get your plane tickets from Turkish Airlines and start your journey. Turkish cuisine is full of exotic flavour and variety, and the streets are the best places to find the truly authentic fare. Just some of the staples that you’ll have to make sure to try include:

A trip to Istanbul will open your eyes to sights, sounds and tastes that you’ve never before encountered. There’s so much to do and see, and for a good price, that you simply won’t get it all done in one trip. But for your first time in Istanbul, make sure to experience the things mentioned above, and you’ll be off to a great start!