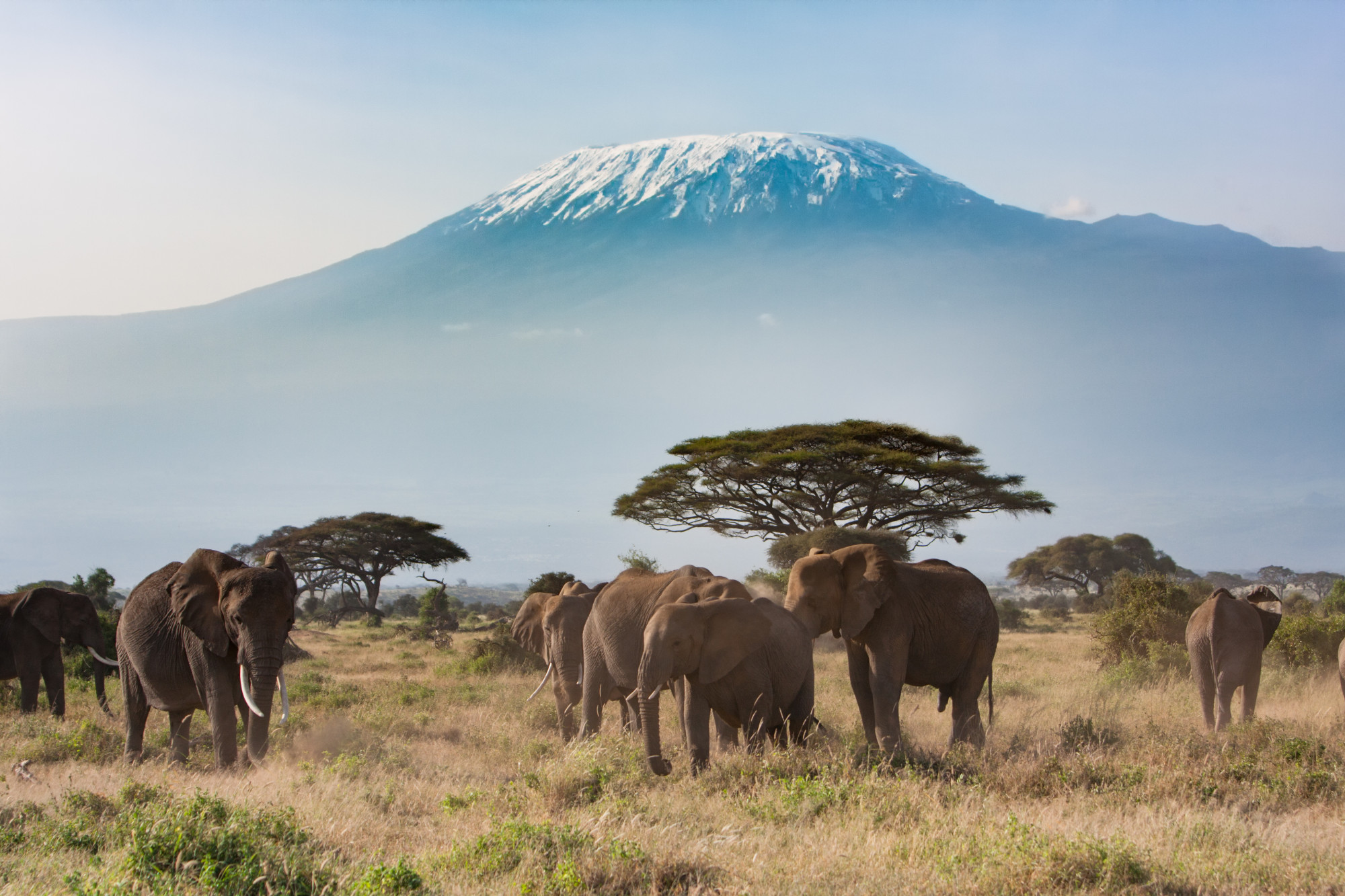 Tanzania has an estimated population of around 60 million, making it the second-largest country fully south of the equator.

Let’s take a look at some of that history, and how modern Tanzania came to be.

In the ancient world, the area now known as Tanzania was home to large groups of hunter-gatherers. Over time migrations from the north and west brought Cushitic speakers, who still remain there to this day. One food staple brought into Tanzania by these migrations was the yam.

It wasn’t all agriculture. In fact, the Pare people of Tanzania are famous for their ability to forge iron and steel. They had rudimentary blast furnaces which allowed them to forge carbon steel 1,500 years ago, making them one of the oldest forgers of steel.

It was at this time, as early as the first millennium A.D. when Zanzibar was a major trade port. Spices of all kinds entered the market here by traders from as far away as India and the many major peoples along the Persian Gulf. To this day the travel industry remains a major component of the economy there.

Early Islam came to the coast by Bantu-speaking peoples in Tanzania as early as the 8th and 9th centuries. It was a place that was also influenced by Ethiopia during the medieval period, with migrations going back and forth between both regions. At this point, most of the world knew about Tanzania because of its association with Zanzibar.

Things would take a dark turn for the region in the middle of the 19th century. The Omani Sultan, Said Bin Sultan, would move his capital to Zanzibar. This opened up decades of slave trading that would see over 700,000 people enslaved on the cost, and this slave trade wouldn’t end until 1890.

While people have been living in Tanzania for as long as humans have existed, it was in the late 19th century when Tanzania became part of the German Empire. This brought attention to the area unlike anything before. Word spread across Europe about the amazing wonders of the region, like Mount Kilimanjaro.

It wasn’t long before the political situation in Europe began to affect Tanzania. During the turn of the 20th century, the growing tensions between European powers would change Tanzania forever. World War I would see Tanzania change hands from the German to the British Empire.

Like many nations in eastern Africa, unrest and trouble weren’t far behind. As the region came into the middle of the 20th century, the specter of war once again loomed. The people of Tanzania would not sit idle, as they began to form several famed units and fought across Africa against the Germans, Italians, and Vichy French forces.

After the fall of the German Empire in WWI, the region known as Tanzania became a possession of the British Empire. Colonialism continued through WWII, with many native peoples of Tanzania fighting on the side of the British and winning great renown.

After the war, independence movements began and by 1961 the country was free. Tanzania then became a democratic republic and a member of the British Commonwealth. At this point, the nation was known as Tanganyika, and by 1964 it had incorporated Zanzibar.

This new nation got a new name, with “Tan” coming from the Republic of Tanganyika and “Zan” coming from Zanzibar. This reunification would bring the country great prosperity as it moved into the latter years of the 20th century. Tanzania has long been considered one of the most stable and prosperous nations of Africa.

Tanzania still remains a member of the British Commonwealth and thus has a highly advanced legal system and infrastructure. It is one of the most diverse countries in the world, with over 130 languages and cultures represented. It is often considered a model of integration and nation-building, standing as one of the shining examples of African ingenuity.

In 1967 Tanzania began to involve itself in larger political movements, particularly pan-Africanism. National banks and other major industries became nationalized in this time, as the country made a shift towards socialism. The 1970s would be a turbulent time for the nation, as they had to defend themselves against neighboring Uganda.

With victory would come changes, as the nation modernized throughout the 1980s and rebuilt its economy. In 1992 the Constitution of Tanzania was amended and multiple political parties were allowed to form. Over time the presidency saw term limits imposed, and the country continued flourishing.

Modern people know Tanzania because it stands out as a model nation in Africa. From stable, peaceful transitions of power to a powerful vacation industry, Tanzania has everything you could want for the best family vacation. This has brought international flair to the east African nation and ensured that Mount Kilimanjaro has become a symbol of beauty and prosperity.

Unlike many nations in Africa, Tanzania has done a great job at lowering poverty and increasing prosperity. A forward-thinking region full of diverse and interesting cultures, Tanzania has emerged from every hardship stronger than before.

From the most ancient days of recorded history to the modern era, the region that hosts Tanzania has been a vibrant tapestry of cultures, languages, and natural beauty. From the dark days of slavery to modern days of growth and stability, the people of Tanzania are as resilient as they are beautiful.

If this article on the history of Tanzania has been helpful or interesting, please take a moment and check out our website for more information.