If you’re an arts and culture enthusiast, you might find visiting Indonesia’s massive capital city Jakarta an appealing destination. An alpha world city, Jakarta is a cultural melting pot, with Javanese, Arab, Chinese, European, Indian, and Malay influences that can be seen all over—from its beautiful architecture to its age-old traditions. 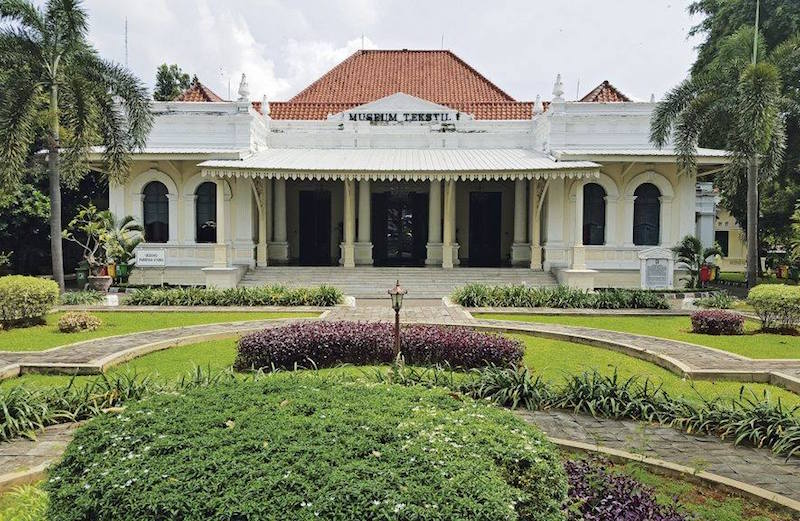 The best places to experience this interesting tapestry of a culture, of course, is in the city’s museums, historic buildings, and old parks. In this short guide, we’ll recommend some of the best locations that you can visit for a glimpse at Jakarta’s interesting history and colourful culture.

The Purna Bhakti Pertiwi Museum is focused on the life of Suharto, one of the most popular and powerful political figures in Indonesia’s modern history. It’s the largest collection of Suharto’s personal belongings, most of which are gifts like artworks and souvenirs. These were given by world leaders and Indonesian people who visited the Indonesian president during his 32-year administration.

The museum features a cone-shaped main building that resembles the tumpeng, a traditional Javanese rice dish that symbolises gratitude to God. Other important patterns, themes, and symbols can also be seen throughout the museum. The most notable are the Jayakusuma flower and the Cakra Manggilingan batik.

Travel Tip: Located in Taman Mini Indonesia Indah (TMII), Purna Bhakti Pertiwi Museum is near parks, theaters, and other museums for sightseeing. The museum is also near value-for-money accommodations like Banggalawa Hotel, ideal for tourists who want to fully explore the 250-acre TMII.

Standing at 132 metres (433 feet) tall, the National Monument or Monumen Nasional is an homage to Indonesia’s struggle for independence. The monument, also known as Monas, is lit up at night, including the gold-foil-covered flame at its peak. Visitors can also climb to the top of the monument for the majestic views of the city. Beneath Monas is the National History Museum that showcases 51 dioramas of scenes depicting events in Indonesia’s history. Outside in the yard, you can also view molded cement reliefs that chronicle important episodes from the colonisation era, World War II, and the years after independence .

Art lovers will appreciate the National Gallery of Indonesia, with more than 1,700 works of art by Indonesian artists like Affandi, Raden Saleh, and Basuki Abdullah. Works by foreign artists are also showcased in the gallery, like those by Sonia Delaunay, Hans Hartung, and Victor Vasarely. The National Gallery of Indonesia plays a key role in the country’s efforts to expand awareness and appreciation for visual arts.

Travel Tip: Don’t forget to bring your cameras, since the gallery does not have strict rules about photography. What’s more, there’s no entrance fee to visit the gallery.

Despite its name, the National Archives Building or National Archives Museum doesn’t actually contain archives. These important documents have been transferred in 1974, since the building has become unsuitable for keeping the sensitive archives. All that remain are historic period items like furniture, pictures, and paintings. The first floor also contains a collection of maps dating as far back as 1541.

The National Archives Building used to be the private residence of Governor General Reynier de Klerk, who ruled the Dutch East Indies in the late 18th century. Thus, the structure exhibits the typical designs of an early Indies-style house. There is also an open garden in the back of the museum, where old cannons and ornaments are on display.

Indonesia is a predominantly Muslim country, but did you know that 10% of the population practice Christianity? About 7 million of these or 3% of the Indonesian population are Roman Catholics. In Jakarta, the most prominent Roman Catholic church is St. Mary of the Assumption Cathedral or simply the Jakarta Cathedral. The facade features three main spires, two of which flank the main door and stand at 60 metres tall. These two spires are called The Ivory Tower and the Tower of David. The third spire is on the roof and is called the Angelus Dei Tower. Meanwhile, a statue of La Pietà stands on the southern side of the cathedral. This is surrounded by walls that depict the Stations of the Cross.

Travel Tip: Jakarta Cathedral consists of two floors, with the upper level serving as a museum. On display are relics like silver cups, hats, and robes of Indonesian Archbishops and Cardinals. The museum also shares the story of Roman Catholicism in Indonesia.

Named after one of Indonesia’s national heroes, Taman Suropati, Suropati Park is located in the centre of the municipality of Menteng. Three streets converge into Taman Suropati–Diponegoro, Imam Bonjol, and Teuku Umar—which is why the park is always lively with tourists and locals. The park used to be a court, and was only transformed into a tropical garden in 1920. Inside Taman Suropati are six monuments from ASEAN founders, making the park an important symbol of international peace and friendship.

Travel Tip: The park is surrounded by plenty of restaurants that serve authentic Indonesian food and international cuisine. Make sure to sample nasi goreng, kerak telor, kue putu, and other Indonesian specialties.

There are plenty more museums, parks, and historical sites around Jakarta. One or two days certainly isn’t enough to visit them all. Thankfully for us in the Lion City, Jakarta is practically just a stone’s throw away.

To read more on topics like this, check out the travel category.