Founded in 1677, Burlington is steeped in American history. With historic sites like Burlington Island — the location of the first murder in New Jersey — to the home of naval war hero Capt. James Lawrence House, Burlington has something for history buffs and the curious alike. Here are six historical sites to explore around Burlington, New Jersey. 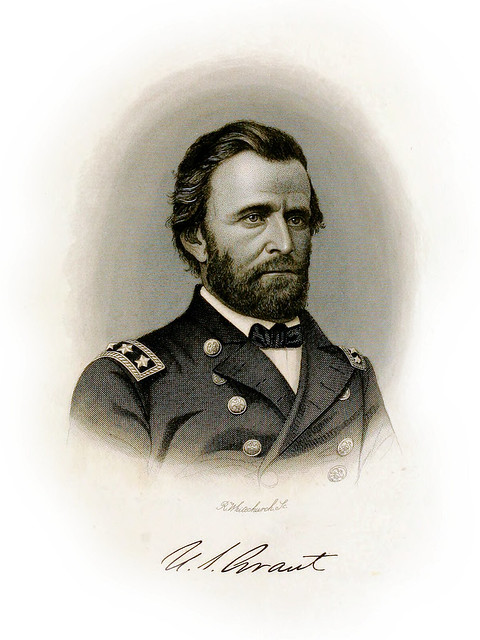 Located at 309 Wood Street is the former home of General Ulysses S. Grant. It is here that Grant visited his family before his Civil War victories at Vicksburg and the Battle of the Wilderness. Having declined the Lincolns’ invitation to attend a play at Ford Theater, the Grants were on their way back to Burlington the night of President Abraham Lincoln’s assassination.

Interested to see more? Head over to the Blue Anchor Inn, the Republican headquarters during Abraham Lincoln’s presidential campaign and the site of Lincoln and Grant’s legendary arm-wrestling match.

At the intersection of Broad and York Streets, history lovers and journalism enthusiasts can find the home of His Majesty’s Royal Printer, Isaac Collins. At his print shop, Collins presided over the publication of government documents including birth certificates and minutes of the Royal Council as well as colonial currency and the state’s first weekly newspaper, The New Jersey Gazette.

At 457 High Street, lovers of literature can find the birthplace of America’s first true novelist. It was here that future author of The Last of the Mohicans, James Fenimore Cooper, was born. His iconic novel was later adapted into the film starring Daniel Day-Lewis and has inspired many stories since. As part of the Burlington County Historical Society complex, this location also includes historic sites such as the Aline K. Wolcott Museum and the Delia Biddle-Pugh Library, each with impressive and constantly-changing historic collections.

The oldest building in Burlington County can be found at 213 Wood Street. It is said that here a friendly woman sold Benjamin Franklin gingerbread, giving it the nickname the Gingerbread House. Every year on the first Saturday following Labor Day, the Colonial Burlington Foundation hosts the Wood Street Fair here, supporting the home’s upkeep.

At the northwest corner of Wood and Broad Street, the old St. Mary’s Episcopal Church overlooks Burlington. The oldest Episcopal Church in New Jersey, the building served as a home base for American Loyalists during the Revolution. From this very pulpit, Reverend Jonathan O’Dell strove to uphold the notion that King George II was America’s rightful ruler.

Fan of ghost stories? Whether interested in the occult, true crime, penology, architecture, or national history, the Burlington Country Prison Museum has something for history buffs of all kinds. Enjoy a tour and learn more about escapes, executions, and former inmates.

To hit up all of Burlington’s fascinating historical locations, book a hotel with everything you need to make your historic weekend one for the books. Still want to know more? The Burlington Historical Society offers guided and self-guided tours so you don’t miss a thing.