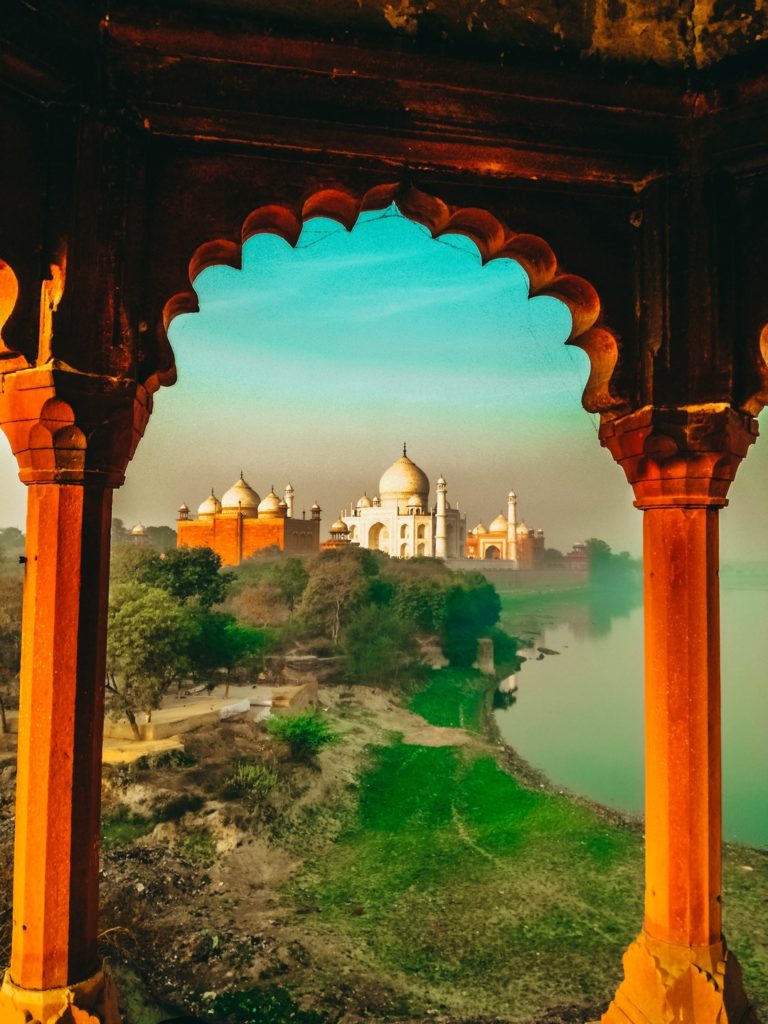 “Athithi Deve Bhava.” This is a popular saying in India which means, “the guest is God.”

There is nothing like the hospitality found in India. Indians consider it an honor to have company and will go out of their way to please their guests.

With a culture as accepting as that, why wouldn’t you want to travel to India?

India has so much to offer. From the towering Himalayas to the green grasslands. From bustling street markets to the zen found in yoga. Needless to say, there is something for everyone.

Keep reading for the top reasons to visit India.

Most people think that because India is so exotic, it must be expensive to travel to. Nothing could be further from the truth.

Because of the exchange rate, the US dollar goes a long way. You can have your exotic travel experience without breaking the bank.

If you’re looking for cheap travel, consider backpacking through Europe. There are many nice hotels along the way where you can stay at for a very fair price.

India’s history can be traced back more than 75,000 years. Ancient forts, gardens, and trails tell stories from long ago that paint a picture of a painful and beautiful past.

But it’s a past that Indians are especially proud of. You can participate in learning about the rich history and culture by visiting during one of the many festivals that are held.

While visiting India, consider joining in on one of these festivals. Here you will enjoy, food, music, and dance unlike anything else you’ve experienced.

When one thinks of India, it’s hard not to think of the different religions and spirituality. You will find Hinduism, Sikhism, Buddhism, Islam, and even a few Christians.

In fact, India is often a place of pilgrimage where seekers come to find peace and religion that speaks to them.

Religion’s not your thing? Not a problem. There are different paths for everyone. Some like to find peace by sitting by a peaceful river on a houseboat or by going on a hike in mother nature. India’s got that too.

As we said, there is something for everyone in India.

And speaking of peace seekers, when in India, yoga is a must. Yoga is a medication and body rejuvenation practice that is more than 5,000 years old.

Today, there are over a million yoga studios in every city from Los Angeles to London and beyond.

It is regularly used in certain religions found in India. And because of the noticeable benefits from doing yoga regularly, it has become a worldwide practice.

But be warned, the yoga experience in India is much more authentic than that Yoga in your hometown studio. Thousands of guests each month flood to India to experience yoga in its traditional form.

Ok, enough of talking about mind, body, and soul. Let’s get to the good stuff. The food.

You can find an endless variety of food in India. Some of the basic staples include lentils, vegetables, fruit, and flatbreads. But this is just the beginning.

India is a melting pot of cuisine from all over. Central Asia, Middle Eastern and even European influences can be found in certain dishes. Add the coastal regions to that and the options are almost overwhelming.

Most of the Indian food is rich and full of flavor. One of the best places you can try lots of different varieties is in the streets. Indian street vendors are where you can find the best tasting meals and treats for the best value.

Another important part of Indian cuisine is tea. Now, when you think of tea, you may think of England, but next to China, India is the second largest producer of tea.

Tea is used every day in India and is sold on almost every corner. Don’t forget to try some famous Indian tea.

After you get your tea, find some steps to sit down on and enjoy it. There are many beautiful temples and palaces that can be found all throughout India.

Take one of the Seven Wonders of the World: the Taj Mahal. The Taj Mahal was built 1631 in Agra and took 22 years to build.

The emperor built this magnificent building as a memorial to his wife who died giving birth to their 14th child. This famous site was built because of a tragic love story.

Many of India’s kings and emperors built lavish palaces to show the power of their influence. The impressive structures can now be visited and toured.

And if you happen to be a luxury traveler who wants to sleep in a palace, now’s your chance.

Some of these ancient palaces have been turned into fine hotels. If you are wanting to book a night in a palace, check out sites like FTD travel for more information.

When traveling through India, the best way to do so is by train. The railway network in India transports millions of people every day. Riding the rails is part of the Indian experience.

Riding the trains throughout India give you the best of all worlds. WHile experience a new form of luxury and class, you’ll also be able to see the breathtaking views India has to offer.

When talking about India, we have to mention the Himalayas. Whether you are an avid hiker or not, everyone can be impressed by this overwhelming mountain range.

The Himalayan mountain range home to nine of the ten highest peaks on earth and covers 5 different countries. And in Indian cultures, these peaks are where the Gods would go to meditate.

The Himalayan region of India offers some of the most beautiful places in the world. Waterfalls, rivers, and lakes are in abundance along with grasslands and flowered valleys.

The picturesque towns at the foot of the mountains offer many adventures for the thrill-seekers from skiing to hiking to climbing.

When thinking of exciting animal life, we usually think of an African safari. But India has its own wildlife to be proud of. Did you know that India is home to 70% of the world’s tiger population?

Think tigers, elephants, and rhinoceros. In fact, there are several rare and exotic species that only reside in India. And if you’d like to see any of these animals, there are certain wildlife adventures you can go on to see these animals in their natural habitat.

India has taken many great steps to protect their wildlife and the biodiversity in their country including two different hot-spots formed to protect certain areas of their country from human threats.

Over 1 billion people live in India. Yes, you read that right-1 billion. This means that many of the cities are crowded. But don’t let that scare you away. One of the greatest charms of India is its street culture.

Vehicles, animals, and pedestrians all share the road. Bikes, scooters, and rickshaws compete for the right-away. But this exciting energy is part of India’s culture.

And if you enjoy shopping, this is where you want to be. The street vendors offer everything from beads to tapestries. This is where you’ll want to buy your souvenirs to take home with you.

Now that you know a few of the reasons to visit India, go book your trip now! These are only a few of the experience that wait for you in this beautiful country full of life, color, and culture.

And for more traveling tips, check out our blog.