If you’ve already seen the new TV series ‘Stargirl’ on the CW, you know that there is plenty to love about the show. If you haven’t had the pleasure of binge-watching this new and exciting show, you need to add it to your must-watch list to get caught up before the second season premieres in August. Here are three elements that make ‘Stargirl’ a great show. 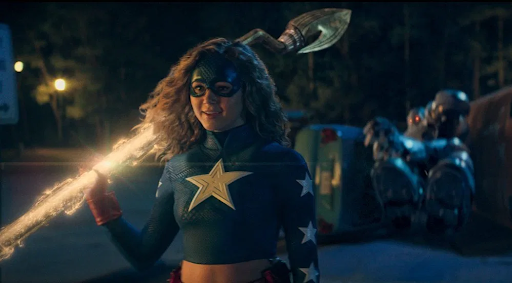 ‘Stargirl’ is an epic tale of high school freshman Courtney Whitmore as she embraces her new identity as Stargirl and tries to rebuild the Justice Society of America. Based on the comic book series created by Geoff Johns, the show details how Courtney stumbles across the Cosmic Staff of Starman and learns that her stepfather, Pat Dugan, is the sole survivor of the previous JSA. She works to recruit other teenagers to join her team and fight against the injustice society of America.

Each episode is full of action and adventure that will keep you on the edge of your seat, but the series also presents an interesting twist on the classic superhero genre that adds depth and intrigue to the show. While teenage characters are present in many superhero TV shows, they usually play the role of sidekicks. ‘Stargirl’ portrays the teenagers as the superheroes and the adults as the sidekicks. Instead of playing the role of a hero to protect Courtney, her stepfather embraces his role as a sidekick to give her the support she needs to fight her enemies.

As any superhero enthusiast knows, the DC universe is complex. ‘Stargirl’ fits right in as a parallel universe and increases knowledge about the entire DC world. If you love the DC universe, watching ‘Stargirl’ is a great way to learn more about your favorite fictional world. However, you don’t have to be a DC enthusiast to enjoy ‘Stargirl’. Although the series is part of the DC franchise, it stands alone so you can understand what is going on even if you have no prior knowledge of the DC world.

Although ‘Stargirl’ features a cast made up of mostly unknown names, all of the cast members are talented and manage to bring their characters to life. Familiar faces such as Luke Wilson as Pat Dugan lend some recognition to the cast, while newcomers such as Brec Bassinger as Stargirl steal the show. Each of the cast members have promising futures as actors and actresses.

Choosing the next show to binge-watch can be overwhelming because there are so many options. If you’re looking for something that subverts a traditional trope in a classic genre and is full of action that will keep you guessing about what happens next, ‘Stargirl‘ could be your new favorite show. Give it a try to see if you like it, and if you love the show as much as other fans do, make sure you binge the entire first season so that you are ready for the second season when it premieres in August. These three elements could make it your new favorite show!