Luxury watch brands boast their excellent accuracy and precision. They all feature exquisite timepieces that are considered to be must-haves among luxury watch collectors. Among all the luxury watch brands in the world, there is one Swiss brand that always makes its way to the top ten and has proven its worth for more than 100 years.

First to Reach the Moon

Omega was the first-ever luxury watch brand to accompany astronauts to the moon. The Apollo 11 astronauts Buzz Aldrin sported a Speedmaster Moonwatch Professional Chronograph watch in one of NASA’s space expeditions on July 21, 1969. He also walked on the moon wearing the watch.

However, Buzz Aldrin did not only slip this watch on his wrist without clearance from NASA. The watch was tested first and was qualified for the manned space mission. This historical moment contributed to Omega’s reputation in the world of watchmaking.

More into Space: the Mercury Program

Astronaut Walter Schirra donned a Speedmaster ref. CK 2998. The watch was purposely for personal use. However, when it was qualified for another space envoy, NASA certified Omega Speedmasters for all its manned missions.

First to Reach the North Pole

Another first for Omega watches was reaching one of the coldest places on earth: the North Pole. The first man to reach the North Pole Ralph Plaisted Kelly trekked for 43 days under shifting conditions. Together with his other companions, they made their way to the 1320 kilometer polar cap with Kelly sporting an Omega watch on his wrist in 1968.

James Bond is known as a peerless spy with an amazing intellect and a masculine icon over the decades. He also donned several stylish suits and spy accessories and equipment over the years. We might have seen James Bond actors wearing several luxury watch brands in the early movies but Omega watches reigned supreme in the succeeding James Bond films.

Omega’s reputation skyrocketed after it established itself as the manufacturer of the most accurate luxury watches. The Swiss luxury brand’s chronometer was able to tell time accurately in all six chronometry tests at the Geneva Observatory in 1931. It was the only luxury watch brand that has achieved this feat.

No luxury watch brand is active in the athletics world as Omega watches. It debuted in 1905 as a timekeeper for local and international sports events. With its success in the Genever Observatory trials, it has become a trusted brand for accurate timekeeping.

In 1932, it became the official timekeeper for all Olympic competitions in Los Angeles. Following this renowned fame in the world of sports, it extended its duties to the Youth Olympic Games, Paralympic Games, America’s Cup Sailing, FINA swimming, PGA Championship, and more.

Masters of the Sea

Omega started working on reaching the deepest waters by releasing the Ploprof watches. Ploprof is short for Plongeur Professionel which means professional diver in English. Omega Ploprof watches were tested in the waters for four hours a day by three COMEX divers in Marseilles.

In the 1960s, underwater exploration, activities, and sports were on the rise, which only increased the need for underwater sports watches. After the success of Ploprof watches testing of up to 500 meters, Omega watches have become popular watches among professional and amateur divers.

More to Omega’s history is its owners. Aside from athletes and other professionals who have made milestones with Omega, famous and successful personalities have sported Omega watches.

Omega watches have hit the market for several years and reached milestones one after another. For collectors, timepieces with a rich history and exquisite micro-mechanics are two of the qualities they search for. Own your very own Omega watch today! 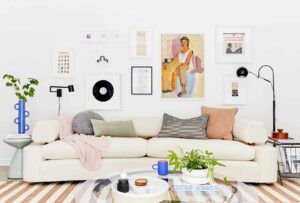 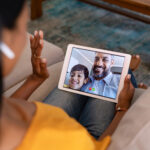 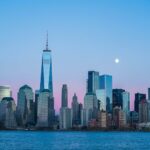 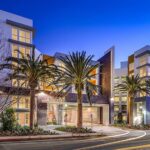