The collectible toy market is a huge business. In terms of manufacturers, Funko is the leading player with its Pop! figurines. However, Hasbro is quickly creeping up and seriously challenging Funko’s dominance in the market.

Of course, Hasbro has a lot of nostalgia behind it. Apart from Transformers, the toymaker was also responsible for most of the classic toys like G.I. Joe, Maxie, Power Rangers, Furby, and M.A.S.K., among others. Even today, the company remains relevant due to the popularity of My Little Pony and Nerf toys. 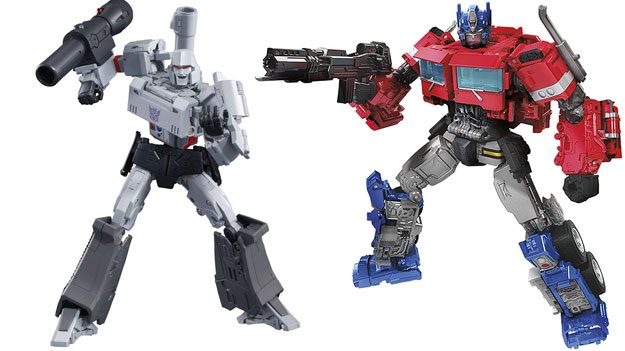 Among those toys, the Transformers lineup is highly sought after by collectors, notably the G1 series. So, you can sell transformers and make good money if your toys have been only gathering dust on the shelves so far.

How Much Does my G1 Transformer Cost?

The answer is not as black and white. Several factors come into play when evaluating the market price of any collectible toy. First, what is a G1 Transformer? The G1 refers to The Transformers Generation 1, the original set of toys produced between 1984 and 1992.

The toy line that was released after 1992 was considered Generation 2. They quickly became popular because of the innovative way in which the toys can transform from machines to robots. Mostly, you have two toys in one.

It spawned a cartoon series, a movie franchise, and countless merchs. The toys have become so successful that they helped propel Hasbro into becoming a 14 billion-dollar company.

Although most people today would split The Transformers into two – the Autobots and Decepticons – the G1 toys were far more diverse. It was because the toys also came under different names, such as Macross, Micro Change, Diaclone, and Dorvack.

For instance, you have the Combaticons with Bruticus; Aerialbots with Superion and Slingshot; Predacons with Predaking and Rampage; Protectobots with Defensor and Groove; Technobots with Computron, Scattershot, and Lightspeed; Action Masters with Optimus Prime, Bumblebee, Grimlock, and Devastator. There are many more, but you would have got the idea.

When it comes to pricing, collectors always look for rarity, condition, and name recall. Of course, Optimus Prime G1 always fetches a commanding price. Do not be surprised to get 2,000 USD for your OG Prime toy.

Soundwave is even more expensive when compared to Optimus Prime. It’s because the toy has many small components that typically go missing. If you have Soundwave and you sell transformers, the right buyer will take it from your hands for 2,300 or 2,500 USD, especially if you have the original box.

But if you have G2 Transformers with you, and you are willing to sell them, some websites offer a good amount of money to buy them. They are known for their obsession with the series and ability to match toys with potential collectors.

Such websites are top experts on anything that is Transformers-related. If you have a toy collection that you want assessed to find out its value, you can contact them.