Landscape engineering has long been interwoven with the practical and aesthetic objectives of humans. Property owners invest in professional landscaping services to turn a natural setting into space where their aspirations can turn into reality. Areas are cleared of certain types of vegetation to make room for outdoor furniture or to build a structure for recreation.

But, according to veteran landscapers, landscaping is better when it is not only shaped by function but also focuses on the preservation of what’s naturally present in the area. 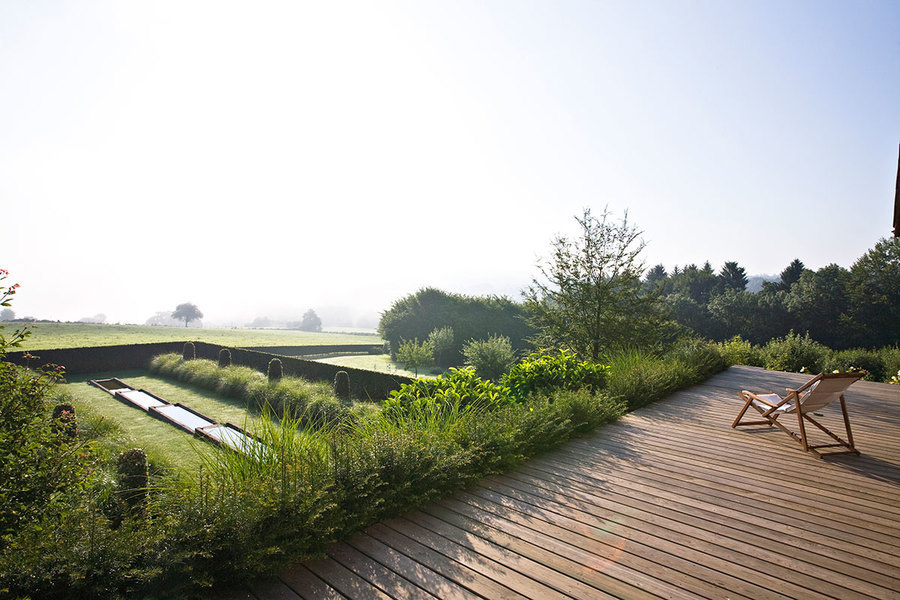 For example, landscape engineers stress that a structure built to look like it’s part of nature is not only visually impressive, but it also provides the side advantage of limiting the loss of natural greenery in the area. Instead, it makes up for whatever clearance was carried out and turns the place into something more visually appealing, and more importantly, increasingly useful. This is the pinnacle of smart landscaping design.

Indeed, landscaping accomplishes so many goals. Here are some other landscaping ideas that go beyond the usual expectations you may want to take inspiration from.

The fast progression of work in urban locations has made green spaces landscaped for beauty and utility quite scarce. Thankfully, civil engineers and architects have come up with the idea of turning roofs into green retreats.

General construction companies and professional landscapers these days have turned many rooftops into slices of nature right in the city. They are high-rise gardens where everything — from grass to trees and vegetables — thrive.

A perfect example is Time Oak Hotel & Suites’ rooftop garden, which is a first in Dubai, where organic fruit, herbs, and vegetables are grown. A top view of the hotel creates a look of continuity. The rooftop garden looks like it’s a part of the landscaped greenery around the hotel.

To make overpasses that bridge one urban structure to another better assets for communities, local public works are turning them into thoughtfully landscaped gardens as well.

These walkways that prevent pedestrians from causing traffic in principal thoroughfares are decked out to double as a place for relaxation. Not only are they adorned with different plants, but they also have a collection of small structures where people can sit and observe the goings-on around them. The Seoullo Sky Garden in South Korea and the New York City High Line are fantastic examples.

According to local authorities, the Sky Garden is not only a refreshing sight in the middle of busy Seoul, but it has also made walking in the city a more enjoyable activity. City folks also add that because of how popular the footbridge is, they actually feel safer walking around at night. And, the footbridge connects the greenery of one area to another.

Nature regeneration is one of the novel ideas for landscaping companies nowadays. This aims to revive or revitalize nature in areas that have been “concretized.”

For instance, the Kamisaigo River in Fukuoka, Japan, was a vital landscape engineering project of the community. Before 2015, it used to run between concrete banks. There was not a lot of wildlife in the river, and it often overflowed during the typhoon season.

But, after being landscaped, it has become a large living river once more. Plants flourished, and fish found their way back. Additionally, it also became a place where locals could play and learn about nature. As for the river, the landscape design effectively supports its natural inclination.

Landfills being turned into nature parks are popular projects in various locations around the world. This idea is indeed a smart one considering how there are so many areas of land that have been used as landfills in the last century.

Instead of letting these massive wastelands go to, well, waste, civil engineers and landscapers work together to turn them from places that people avoid into natural parks where people can gather. Of course, the project is no easy one — it requires a lot of rehabilitation. But, it has proven quite doable.

Mount Trashmore in Virginia, USA, serves as proof that you can turn waste into something beautiful and useful. The landscape design created a sprawling park for families with bike trails and an enchanting view of Cedar Rapids. First-time visitors to the area can’t even detect its ugly and malodorous past due to the flawless execution of the project.

A German company came up with City Tree. This is a bench with a vertical plant wall attached to it that filters the air around it and also reduces noise pollution. It is said to have the air pollution sucking abilities of 275 trees.

This is an ingenious creation. Still, a lot of cities would rather landscape open spaces and plant in profusion trees that are most effective in turning air pollution into clean oxygen such as Norway maple, Silver birch, Mediterranea hackberry, Turkey oak, and others.

Currently, there aren’t a lot of parks that perform such a function, but China has the most ambitious one to date. Bubbles, the park that would serve as a greenhouse and city air filtering system, is a lush botanical garden with a unique roof system. It will be placed amidst big commercial buildings in urban locations that have the worst air quality. Many believe that while Bubbles is intended to serve as the lungs of the city, it will eventually become a place for people’s recreation.

Such uniquely engineered landscapes create a sense of balance between humanity and nature. As proven, they can meet essential needs and wants. Plus, they create an atmosphere where hope thrives.

Landscaping is not just about improving the appearance and function of a space. It directs much-needed attention to the history of the place, the value it holds, and what can be accomplished to secure its place in the future. It’s a tool people can use to improve what’s left of the world, and transform idle spaces into aesthetically pleasing, functional places.

Rachel Hennessey manages the Pools and Landscaping Division of Hennessey LLC. She also works on Tender and Pre-Qualification and brings in new business to the company’s Construction, Interiors and Civils Division.