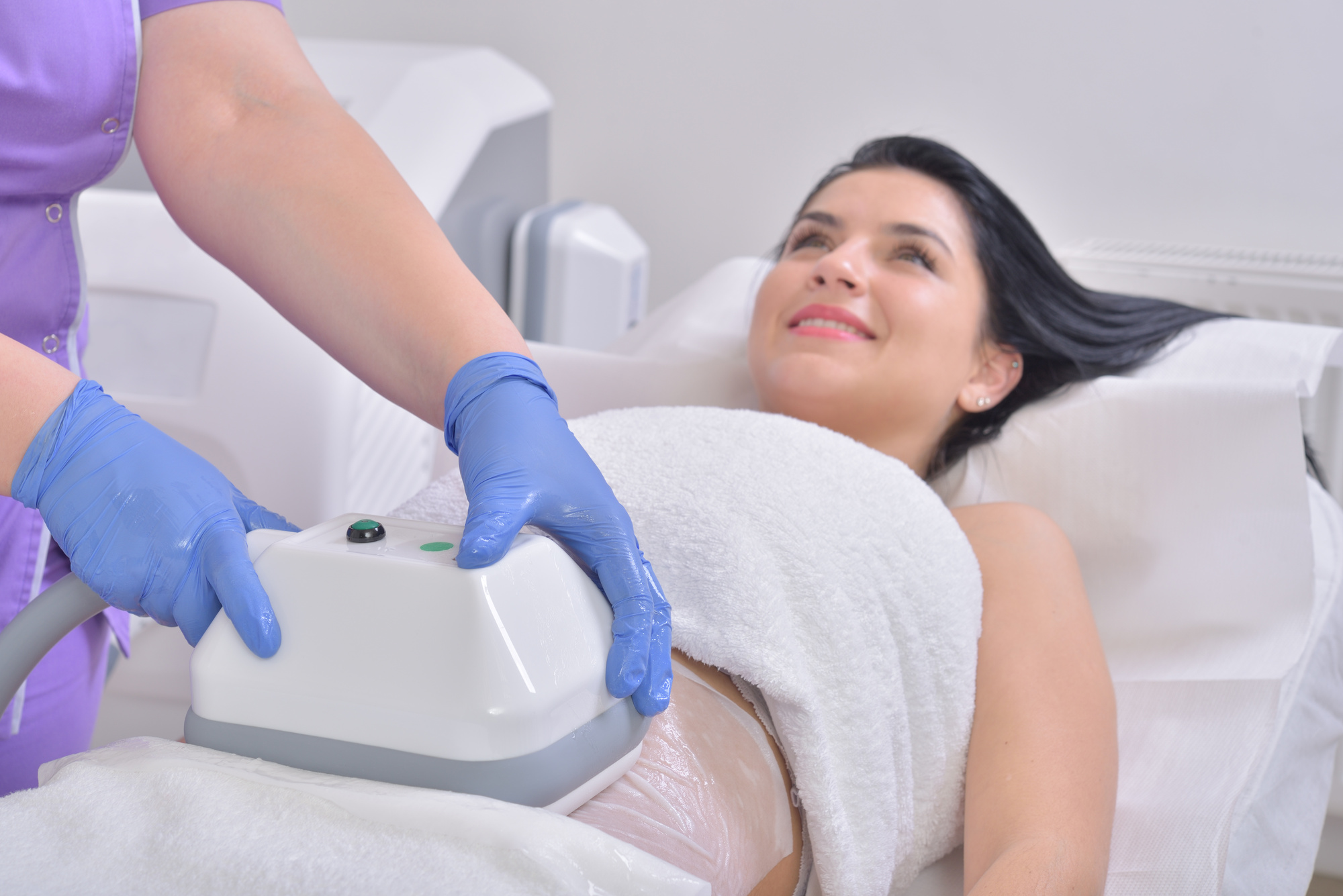 91% of women are unhappy with their bodies and wish there were things they could change, is that you?

Today there are many non-surgical options for an improved appearance. But, with so many options, it can be confusing to decide which one is best for you.

Each procedure provides a little different experience and results, so choosing the right one for you is important.

Let’s dive into the CoolSculpting vs Kybella debate to learn more about each, and which will work better for you.

CoolSculpting is the nickname for a scientific process called cryolipolysis. During this procedure, the fat cells are frozen to death. This leads to an overall fat decrease and a slimming of the particular area.

During this procedure, the technician will use a vacuum-like tool to suction up the excess fatty area. Once that area is in the applicator, it’s then cooled down significantly.

This cooling numbs the area, and the patient should feel no pain. The temperature continues to drop, and the fat cells get so cold that they die. After a period of time, the body will naturally release these dead cells, and the fatty area is decreased.

The extremely cold temperatures don’t have negative side effects on the other surrounding cells. Just the fat cells are targeted.

That combined with the non-invasive nature, there is no downtime after having this procedure done. The patient will be able to return to regular life and activities immediately.

But, the patient can expect the treated area to be red and cold for some time afterward.

This type of treatment is commonly used on larger areas of the body including the abdomen, neck, thighs, chin, flanks, and arms. The time a treatment session takes will depend entirely on the area being treated. Most sessions are around an hour, and most patients need two sessions for desired results.

The results from CoolSculpting aren’t immediate. It can take anywhere between four and six months for those dead fat cells to leave the body. Those cells obviously have to be released before any physical changes can be seen.

CoolSculpting under the chin has been a great option for those who haven’t seen the fat reduction they desire after diet and exercise.

Kybella goes about this fat reduction in a very different way than CoolSculpting.

During this procedure, the patient is injected with deoxycholic acid that’ll break down the fat cells in the area. This acid is found naturally in the body. The liver produces it in order to aid in the breakdown of fat and removal of cholesterol.

When it’s injected into the desired area it has the same effect. It effectively kills fat cells so the body can remove them naturally.

There is much to learn and understand about to answer how does Kybella work? It has been proven to be a very effective fat reduction technique.

The overall procedure normally takes around 20 minutes for multiple injections in the problem area. The patient will also have between four and six of these sessions to see full results.

These injections have been proven to be effective, but only in smaller fatty areas. The injections can’t cover major areas like the stomach or thighs.

After the treatment session, a patient will experience extreme swelling in the affected area. Many also have bruising as a result of the injections. This swelling can last up to two weeks, if not more.

The swelling can be a hassle to deal with, but sometimes results in tighter skin as it heals itself.

Full results are often not seen for a significant amount of time. Anywhere between two and four weeks before physical changes. But, the results can be dramatic and are generally very long-lasting.

Kybella is a great option to lose those final few stubborn fatty areas. It’s often considered one of the best treatments for a double chin.

These two fat reduction procedures are very different approaches to the same desired result. Both have been seen to be very effective in giving their patients a positive result and a changed physical appearance.

Each has its advantages and disadvantages. A good comparison of both can help a patient to decide which is the better option for them.

CoolSculpting is on average less expensive than Kybella injection costs. This is often due to how many treatment sessions are needed. But Kybella doesn’t require the large initial investment of equipment for the clinic, so it’s often available in more places.

Kybella is a very effective, non-invasive way to treat smaller fatty areas. There has to be enough extra skin and fat tissue available for the CoolSculpting machine to work.

For those who don’t want as long of a down time, CoolSculpting is the better option. But those who want quicker results may lean toward Kybella. Each of these treatments has significant time periods, so the patient must decide which is more important to them.

Each treatment can be an effective tool for double chin treatment, so the patient will have to look at their specific situation.

Both of these procedures can benefit someone who is looking to reduce fat in a specific area. The ideal patient is someone who isn’t obese, but simply has an excess of fat cells under their chin.

These treatment options allow the patient to see the desired results without having to have any surgery or invasive procedures.

In the case of CoolSculpting vs Kybella, it just comes down to specific circumstances, and what’s more important to the individual patient. Each will allow them to reduce their double chin and improve the appearance of that area.

If you’re interested in learning more about different health trends, check out our other articles.