Usually, when you picture a hit and run accident, you imagine a speeding vehicle crossing a red light, hitting a pedestrian, and running away without waiting for the police to come in and stopping to exchange information.

A hit and run case may cause severe injuries, and at times, even death. However, it can also destroy property, such as a parked car, signboard, or things alike in case a person is not involved. As per the law, the driver should stop to exchange information with the victim or owner of the property, take them to the hospital if necessary, and report to the crime. Whether you are the driver or the victim, contacting reputed firms like Naqvi Injury Law will offer you a clear picture of the legal solution. 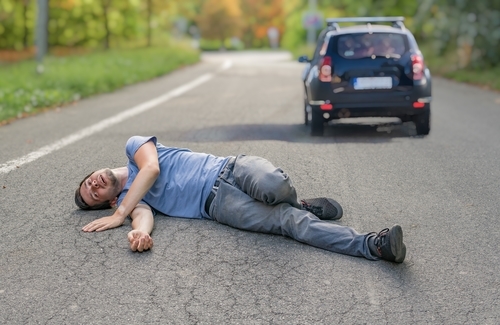 But, what causes hit and run accidents? We have listed the major reasons below.

Driving Under the Influence Of Drugs, Alcohol, And Sleep

Everybody is aware that driving under the influence of drugs and alcohol has legal consequences. The alcohol or drugs impair driving performance, often causing accidents. Those who are drunk or under the effect of drugs, tend to flee the scene because they do not want to get convicted for drunk driving.

Consumption of alcohol and drugs also affect the thinking process, and such drivers find it more logical to run away if they have not been seen by any witnesses. Some anti-depressive and specific medications also cause confusion, similar to the effect of drug or alcohol consumption. These people also tend to run away.

Some people are not able to concentrate on driving after a long day of work or improper sleep. Even though they eat chewing gums, play loud music, or drive after having a cup of coffee help to stay alert, their brain may still be tired leading to an accident.

Increasing the use of cell phones especially while driving is another reason for hit and run accidents. Using a cell phone when driving distracts the driver in three ways – the driver might take their hands off the steering wheel, may take their eyes off the road, or may take their mind off driving.

The driver may also be distracted if they are eating while driving, staring out of the window, or talking to passengers. And, even a few seconds of distractions can cause a severe accident.

Some people leave the accident scene because they are underage, are not carrying automobile insurance, have pending parking tickets, or might lose their license due to previous charges. Such people understand that they will face a number of charges if caught by the police. To avoid those charges, they tend to run away.

Some people might not be in a condition to pay the fines and find it easier to disappear if they have not been spotted by a witness or a camera.

At times, the driver panics and decides to run away in the stressed environment. The driver may have a clean driving record but escape from the crash due to dear. According to behavioral experts, humans have a fight or flight complex, and some individuals’ instinct is to flee in such situations. If you are highly stressed, you might want to consider going to a reputed law firm.