As a traveling vaper, you know you’re pioneering uncharted territories. You’re breaking ground both in your experience of new cultures, ideas, and scenery, as well as blazing the trail for fellow vapers.

Flying with your vape is still a gray area, though. It’s not tobacco, is it? No, it isn’t, but most government aviation administrations are treating it as such.

The good news for vapers is, most places are not cracking down like certain countries in Asia.  America and many European countries are liberal in their approach to vaping.

This is the complete guide to taking your vapes on a plane. Whether you’re wanting to know if flying with vape cartridges internationally is ok, or you’re not sure if you should use disposable cartridges, you’ll find the answers here.

FAA Regulations: Getting Through TSA in the USA

From The Statue of Liberty to The Golden Gate Bridge, you shouldn’t have a problem vaping. Travel always complicates things, though, so it’s good to know what to watch out for.

The first obstacle you’ll have to overcome while traveling in the U.S. is figuring out how to get your vape past security. We know, you’re not a smuggler, but TSA will undoubtedly make you feel like one.

Don’t Plan on Checking that Battery

The only way you’ll get your vapes on a plane is by carrying it on. Because of their flammable nature, the FAA doesn’t allow you to check bags with lithium batteries.

Since 2006, federal regulations prohibit more than 3.4 oz of liquid in a carry-on.  In other words, you aren’t getting the big bottle past TSA. Stick to the 10ml-30ml bottles if you need backups.

Stay thrifty with your packing. It will give you a sense of accomplishment.  Instead of packing your full vape kit, pack dispensable cartridges. Advances in e-cig designs have turned them into incredibly nifty devices.  Think about trying out a Suorin, it’s easy to pack, and will make you feel like a secret agent.

Once you make it through security, the rules don’t stop. In many ways, they get more stringent. At least you’ve gotten past the metal detectors, though. Those things are invasive.

In a lot of American airports, you won’t be able to find a designated vaping area at all. In other cases, you’ll still be allowed to vape, but usually, vaping is confined to designated smoking areas.

The rules for vaping while actually on a plane are pretty straightforward in America. You can’t. If you are caught vaping on a plane you could face imprisonment. You will be fined anywhere from $2000-$4000.

Vaping laws in Europe are generally similar to American laws, but it’s important to remember that you’re dealing with multiple countries. In America, you may run into differing restrictions locally or on a state level, but federal law supersedes all, especially regarding air travel.

The EU has some influence over airport policies, but countries have very different approaches to vaping. This causes some confusion regarding the actual policy.

London Heathrow, the only airport with a vaping only lounge, is very liberal with their vaping restrictions. Russia is also very vape friendly. They even have vape cafes. Moscow’s airport has plenty of designated smoking areas, even places that technically don’t allow it, don’t really enforce it. (Not recommended)

In Scandinavia, however, vape cartridges with nicotine aren’t even legal.

Vaping in Europe Is Prohibited on Flights

In most European countries, you’ll be able to get your vapes on a plane. Actually vaping on a plane, however, is prohibited. RyanAir offers a glimmer of hope and allows it, but only if you buy the e-cigs they sell midflight.

Asia has the most diverse set of vaping policies out of the three continents mentioned in this post. The penalties for vaping range anywhere from facing prison time if you’re seen vaping, to being allowed to smoke on a plane.

You may or may not have seen the Air China flight that was forced to perform an emergency descent last June after the pilot caused complications because of in-flight vaping.

In 2017, China issued an all-out ban on smoking cigarettes in-flight. This included the pilots. But that law was rarely enforced until the Air China flight. Even now, however, there are reports of in-flight tobacco and e-cig use, especially between China’s less industrialized cities.

China is extremely lax regarding their vaping laws. Other countries in Asia, however, are not.

Certain countries are more tolerant than others. Indonesia isn’t very strict, allowing the sale of electronic cigarettes in touristy areas. Others are very strict, such as Singapore or Thailand, where if you’re caught with an e-cig, you will face hefty fines and could face imprisonment.

If you enjoy vaping, you’ll be happy to know that there is a significant amount of airports that are vape friendly in America. Of course, it’s not like the old days when you could vape anywhere you chose to. But it’s nice knowing that getting your vapes on a plane won’t make you feel like a criminal.

(The most vape friendly airport in the U.S., Atlanta allows you to vape at most of the restaurants in the airport as well as multiple designated areas in its terminals.)

(Has 4 smoking areas throughout its terminals.)

(Not surprising considering it’s Amsterdam. Most of the areas that are vape friendly are also smoke-friendly. Not the worst thing in the world, but not the most fun being surrounded by smoke.)

(Vape lounge=awesome. You can also reportedly vape until you reach the gate if you please.)

(Large smoking areas in Munich make it one of the best for vapers, but again, you’re surrounded by tobacco smoke. That’s usually the price you’ll pay for vape friendly airports.)

Don’t even think about taking your vape on a plane in these countries.

Splurge to Keep Yourself Safe

If you’re in an airport that doesn’t allow vaping, but you’re in a location whose laws permit it, try looking for airline lounges. If you’ve got the money, it’s worth being able to chuck clouds while you’re stuck on a layover.

As previously, mentioned, vaping on an airplane will result in fines and can even result in imprisonment.

Vaping on a plane alone will not result in imprisonment. If it is found that you are guilty of tampering with smoke detectors or disobeying crew members’ instructions, it can. Also, say you cause a panic with vaping on a plane and force the crew to take drastic measures, you could face fines up to $50,000.

Usually, however, penalties for vaping on a plane are not serious, with most costing $50-$100. Regardless, it’s not worth it.

Think of Europe as the middle ground between Asia and America regarding vape penalties. For in-flight vaping, most European countries’ fines are very similar to America’s. There are a few outliers though, so check local legislation before you take your vape on a plane.

With Asia’s conflicting vape laws, it’s difficult to give a comprehensive description. Since vaping is relatively new, many Asian countries are inconsistent with their degree of punishment or lack thereof.

An example of this dichotomy is the difference between China’s and Singapore’s laws. China is the number one producer of vape juice and in the top 10 of vape consumption. Vaping is welcomed. In some cases, you can even vape on a plane.

Singapore, however, banning all electronic cigarette use in February, increased the fines for first time vape offenders from $5,000 to $10,000.

The moral of the story is; if you’re traveling from China to Singapore, don’t try to take vapes on a plane.

The Verdict Is Still Out

As a traveling vaper, the last thing you want to do is ruin a good thing by adding unnecessary risk factors. Don’t be the person that gets taking vapes on a plane completely banned.

The laws surrounding vape travel are fraught with uncertainty and still struggling to gain traction.  Do your research, talk to the locals, talk to airline professionals, and make sure you’re making the right choice. Don’t ruin your trip with ignorance.

There’s no telling what’s on the horizon for vaping while traveling, but it will be interesting to see nonetheless. Broaden your horizon and check out these other tips for traveling. 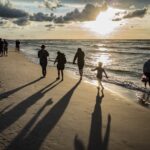