These students experience the benefits of physical exercise, but also tend to get better grades, be more involved in their community, and learn important life skills like leadership and time management.

While certain regions of the country are known for high school sports, like Texas for football, there are some sports that seem to have interest everywhere.

High school football is very competitive and physical. It often includes training during the season and off-season to prepare young men for the physical demands required. Major media sources will cover high school football team rankings and player rankings due to the popularity.

Cross country is known as one of the healthiest high school sports given the cardiovascular endurance required to compete. Young men and women gather in their hundreds in each state at the end of the season to compete in teams of seven where the top five contribute to their overall team score.

While competition seems individual, it is ultimately the team score that determines each meet’s winner. Courses for varsity athletes are five kilometers which is approximately three miles. Athletes compete on all different types of terrain and elevations.

Soccer is another popular high sport that requires endurance. The overall popularity of soccer in the United States is on the rise with the number of Major League Soccer (MLS) teams increasing.

Men and women’s soccer takes place in Fall which can mean inclement temperatures and conditions for certain areas.

As one of the most popular professional sports in the US, it should be no surprise that basketball is also very popular among high school athletes.

With almost 949,000 participants, basketball attracts high school athletes in every state. Many high school basketball players are able to continue playing in college at either a Division I, II, or III school depending on their ability level.

Volleyball is a more popular sport among females in high school, but the number of men’s volleyball teams is increasing. This is another high-competitive, skilled game.

Young men and women that play volleyball competitively in high school often join club teams that compete nationally and even internationally at the junior Olympic level.

While softball and baseball have a fair number of differences, they are both very popular among female and male athletes respectively. This is a game that kids can begin to play at the age of five.

High school tennis has become one of the most popular youth sports in the past 5 to 10 years. Whereas students used to compete in tournaments outside of school, they are now able to compete at the same high level as a part of a high school team.

High school tennis players may play singles or doubles matches, or both. The sport is played in the Fall or the Spring depending on the area of the country. Tennis is another popular sport because of the scholarship opportunities at a collegiate level.

Swimming and diving are incredible sports to watch at the Olympic level and just as exciting for competitive high school athletes.

Swimming and diving competitions usually consist of about 22 swimming races and one or two different diving categories. Swimmers can compete in up to four events including relays with teammates. Events vary based on distance and stroke.

Many swimmers and divers also join competitive club teams to gain more experience and skills before trying to compete at a collegiate level.

High school golf is played in all 50 states. This sport is trending younger each year with youth camps being offered for kids as young as six years old. While golf is a team sport in high school it allows individuals to hone their own personal skills simultaneously.

Lacrosse has been played in the United States since the 1600s. The game has changed since then but remains a popular high school sport across the country. It is played in about 26 states and is most popular in states like California, North and South Carolina, and Oregon.

Believe it or not, this widely growing sport has over 165,000 male and female participants. This sport involves both cheering for other high school teams and traveling for spirit competitions.

This is often a sport that is demanding all year round, unlike other sports that compete for one season of the year.

Over 150,000 high school students compete at track and field each year. Interestingly, this sport has an even rate of participation among male and female students. While some states require both an indoor and outdoor track season due to inclement weather, states like California run their events outdoors all year round.

The Most Popular High School Sports in America

These are just 12 of the high school sports offered to young men and women. The physical, mental, psychological benefits of regular exercise and team sports have been proven for children, young adults, and adults alike.

Now that you know about the most popular high school sports in the country, it’s time to find the best one for you or your child.

If you’re looking for additional interesting content, check out our other blogs! 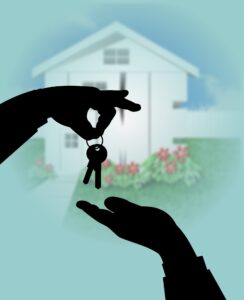 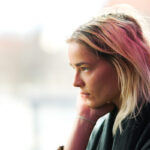 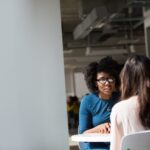 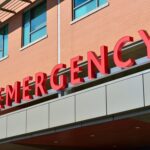