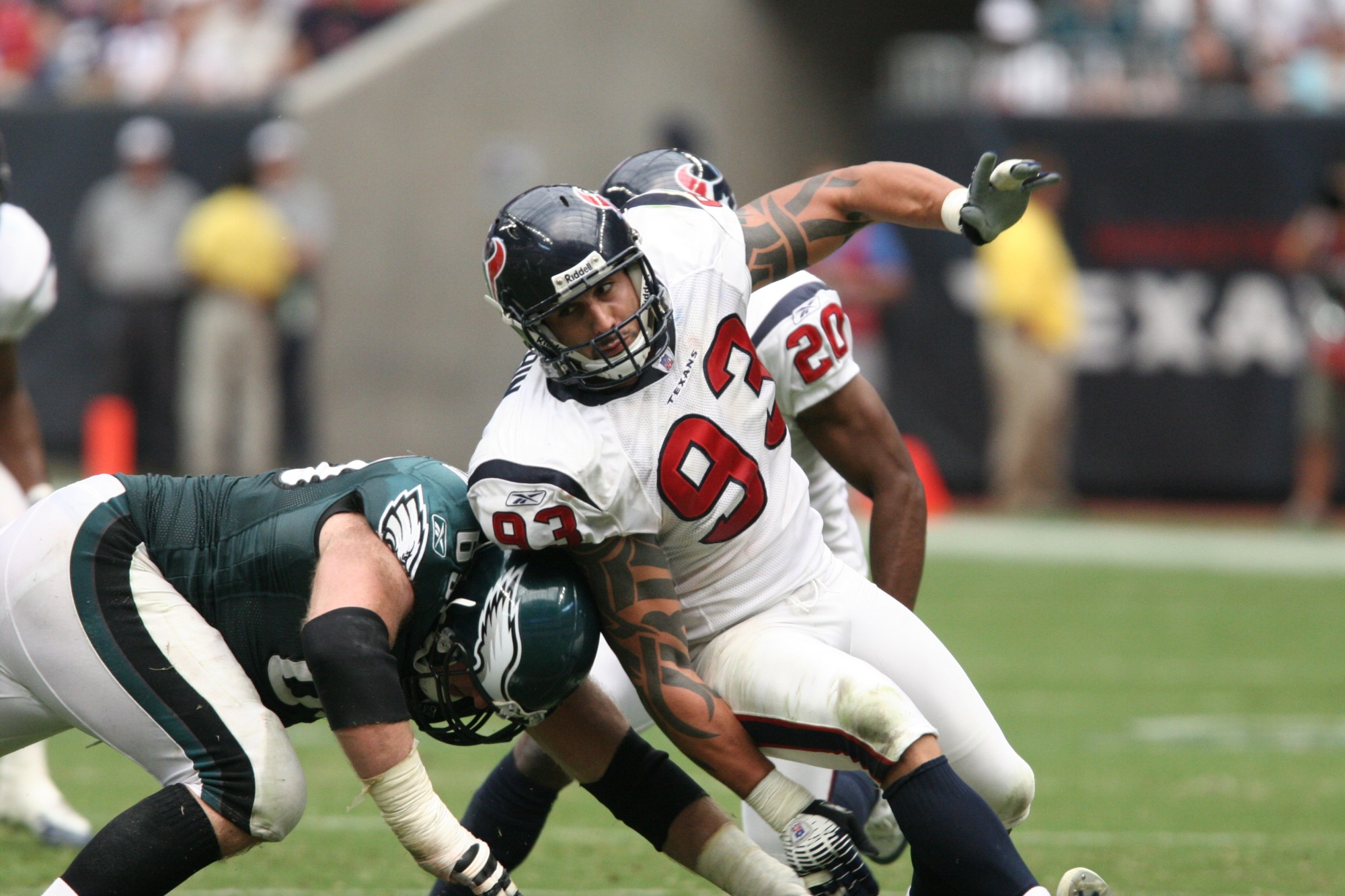 The average age that an NFL player retires is 27 years and six months. That makes sense since playing football can be so hard on your body.

But, which players have gone above and beyond while hanging on in the NFL?

There are more older players than you might think. Read on to learn about the oldest NFL players that are still playing today.

At 40 years old, Jason Peters is the oldest player on the Chicago Bears. Peters played football in college at the University of Arizona and joined the Buffalo Bills as an undrafted free agent in 2004. He started on the practice squad, moved to special teams, and eventually became an offensive tackle which remains his position to this day.

In 2009, Peters was traded from the Buffalo Bills to the Philadelphia Eagles. Peters signed a six-million-dollar contract with the Eagles for six years. Peters has been in six total Pro Bowls and has been a Super Bowl champion once.

Despite his recent retirement, subsequent un-retirement, and age, Tom Brady remains one of the most dominant players in the history of football. Tom Brady was born August 3rd, 1977, making him 44 years old.

Tom Brady spent his college football days at the University of Michigan. Interestingly, Brady was also a great baseball player and was drafted in the Major League Baseball draft by the Montreal Expos before deciding to move forward with football instead.

Brady was a part of the 2000 NFL Draft, where he was selected in the sixth round by the New England Patriots. He was mostly benched his first season but began his run as a starting quarterback in 2001.

Brady played for the patriots until 2020 when he signed with the Tampa Bay Buccaneers. In February of 2022, Brady announced his retirement. However, he announced that he’d changed his mind the next month.

Though Brady is one of the oldest NFL players ever, he’s also one of the most heavily awarded ones in the NFL. He has won the Super Bowl seven times, the most of any player and more than any one NFL franchise.

Among the kickers, Robbie Gould reigns supreme as the oldest NFL player. Gould was born on December 6th, 1982.

His father was a college soccer player, and Gould was originally interested in playing soccer, not American football. He played football in college for Pennsylvania State University.

Gould was not drafted in the 2005 NFL Draft but instead was signed and then released from the New England Patriots and the Baltimore Ravens. He was then signed to the Chicago Bears in October of 2005. In 2008, Gould signed an extension with the Bears worth 15.5 million dollars, making him the highest-paid kicker in the league.

In 2016, Gould was signed by the New York Giants. After that, Gould signed a two-year contract with the San Francisco 49ers. He still plays for the 49ers as of 2022.

Punter Sam Koch has had a more unusual football career than some of the other oldest active NFL players. Punter played as a walk-on for the University of Nebraska-Lincoln.

After graduating, he was selected in the sixth round of the 2006 NFL Draft by the Baltimore Ravens. He continues to play for the Ravens. He has the most games played of any player in Ravens history.

Like fellow quarterback Tom Brady, Ryan Fitzpatrick is one of the oldest players in the NFL. He was born on November 24th, 1982.

Fitzpatrick played in the Ivy League as a college student, as he played for Harvard University. He won the League’s Player of the Year in 2004.

Fitzpatrick is thought to have the highest Wonderlic test score of any NFL quarterback, with a reported score of 48. He ended up being drafted in the seventh round of 2005’s NFL Draft by the St. Louis Rams.

In 2007, he was traded to the Bengals in Cincinnati. In 2009, he signed with the Buffalo Bills. When he resigned in 2011, it was to a six-year contract worth 59 million dollars.

In 2013, he signed with the Tennessee Titans, but he was released after a year and went on to sign with the Houston Texans. His next move was to the New York Jets in 2015.

Because Fitzpatrick has bounced around so much, he has the distinction of being the first quarterback to start a game against a single opponent for six different teams, that opponent being the Jacksonville Jaguars. He’s also beaten the Jaguars for all six teams.

The oldest NFL players may not be playing for much longer, but you can still enjoy them on your television and in-person for now.

Are you interested in learning more about professional sports? Scroll through some of the other useful posts on this website.